Choosing The Right Kind Of Project Is...

Meanwhile, the weekend was a little different for Rubina Dilaik as she doesn't have enough clothes to wear during the Weekend episode. 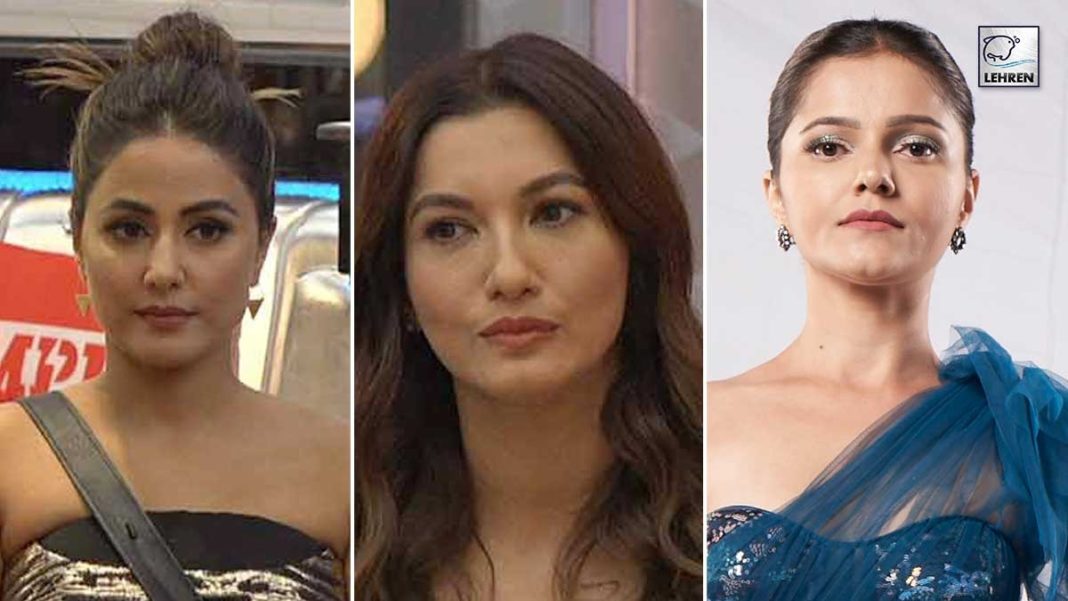 Standing for herself and communicating her point wherever necessary, Rubina Dilaik has been carving a strong niche for herself in the Bigg Boss house, from the day the game began. So much so that seniors Hina Khan and Gauahar Khan have come to believe that Rubina Dilaik exuberates a clear cut winner vibe and holds a strong chance of taking the trophy home this year

This comes after Rubina gets irked by Nikki and starts pointing out, how she is an opportunist and wrong in her stance.

The whole house goes against Rubina but she stands strong on her ground and fights  the battle alone, ultimately making Nikki apologize to her

Impressed Hina Khan and Gauahar Khan take her side, while Sidharth Shukla disagrees, later in the day Hina Khan hugs Rubina and tells her that she is proud of her.

Even before Salman Khan enters, the contestants are given a task where Nikki and Rubina are made to stand against each other and other contestants have to tell who has more trash in their head. Rubina gets offended and refuses to participate in the task and questions Bigg Boss for giving a task of this nature.

Other contestants in the house try to make her understand that it is just a task and she should do it in a good spirit but Rubina refuses to bow down. When Salman Khan enters through ME TV to meet the contestants, he takes it up with Rubina. He gives an earful to Rubina for questioning Bigg Boss challenging its choice of tasks.

Rubina expresses her concerns to Salman, however Salman still tries to explain to her that it’s a game and she should adjust to all the tasks and challenges thrown at her in the game. Rubina argues back and Salman eventually loses his calm and asks her to decide if she wants to be in this game or not.

Zayn Ibad Khan did plays in school and enjoyed performing on stage. His love for acting developed when he was a child and his...
- Advertisement -

10 Times When Lucifer And Chloe Gave Us Relationship Goals