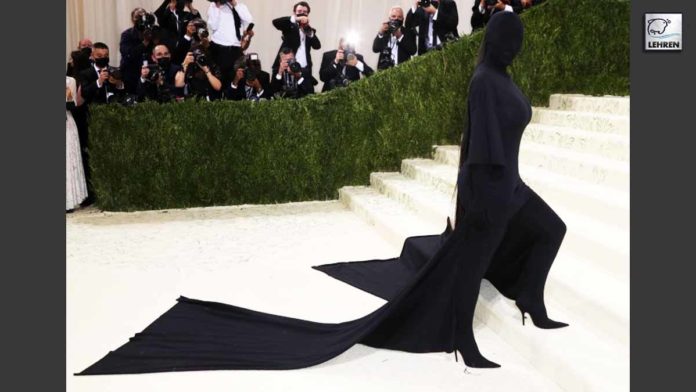 The Met Gala is always a place for gorgeous and dramatic fashion. 2021 Gala has also witnessed some of the weirdest, wildest and bizarre looks on the red carpet.

The 2021 Met Gala was commenced on Monday at the Metropolitan Museum of Art in New York City, providing another event for celebs to dress in gorgeous, stunning, wildest, and weirdest costumes. This year’s biggest fashion event has witnessed some outlandish fashion choices and gave netizens enough fodder for memes and critique.

The fundraising event, often called the ‘Oscars of fashion’ got canceled last year due to the pandemic, and this year, the after-party was held at 11 pm on September 13. The theme for Met Gala 2021 was America: A Lexicon of Fashion, a two-part exhibition that will open on September 18. However, the dress code for the red carpet is ‘American independence’.

Icy singer Kim Petras wore an unusual accessory on the red carpet. Instead of a bold purse or dramatic piece of jewelry, the German songwriter wore large, oversized horse-heads around their midsections. The 29-year-old paired her horse head with a bright patterned gown. No doubt, she did her best to adhere to this year’s theme. Her attire did not go unnoticed as netizens made her Gala look viral.

It’s hard to decide whether to look first at the top hat, the lace covering in front of her face, the baggy jacket, or the oversized pants. Erykah Badu’s dramatic Met Gala outfit has every single detail and is completely over-the-top and attention-grabbing.

The experimental musician, Grimes, also known as ‘C’ always pulls out something unusual. However, her Met Gala look really knocked it out on the carpet. The performer and partner of Elon Musk wore a glittering silver and black gown. She paired it with a matching silver mask and embellished ear jewelry. On top of it all, Grimes had carried two dramatic accessories, includes- a book with light open pages and a large sword.

Tennis star Naomi Osaka carried the dress which her sister helped design alongside Louis Vuitton. Osaka said that her colorful, dramatic look was inspired by Haiti and Japan, the two countries from where her family belongs. The dress features huge ruffled sleeves and a red bow atop a floral skirt. She paired the look with a teased updo and shimmering red eye makeup.

She told Vogue on the red carpet, “For me, Americana kind of means a mix of all cultures, and this dress and this look kind of represents my two backgrounds, Haitian and Japanese, so I was really glad I was able to incorporate it.”

Kim Kardashian was literally unidentifiable in her Balenciaga ensemble. The reality television star was covered in a black fitted and full-face mask outfit. Even an inch of skin was not revealed through her dress. She embellished it with a long black train that flowed from her matching turtleneck.