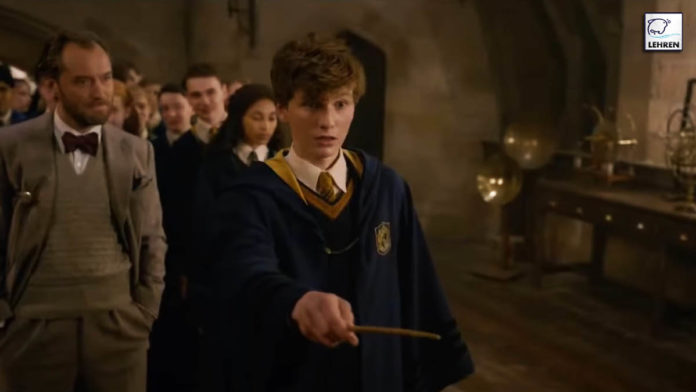 Fantastic Beasts is a part of the Wizarding World, the fictional universe that also includes Harry Potter films, books, and other media. It is set to be a five-movie series.

Fantastic Beasts, which is set to be a five-movie series, is a part of the Wizarding World, the fictional universe that also includes Harry Potter films, books, and other media. It is the prequel series and follows Eddie Redmayne’s Newt Scamander, a magizoologist, and a young Albus Dumbledore, as they take on latter’s former friend and now Foe Gellert Grindelwald, the Dark Lord before Voldemort’s rise

In The Secrets of Dumbledore, Jude Law stars as the young Dumbledore, the headmaster of Hogwarts in the Harry Potter series, who was then the professor of Defence Against the Dark Arts in the school. The movie also features Katherine Waterston, Dan Fogler, Alison Sudol, Ezra Miller, Zoe Kravitz, Callum Turner, Claudia Kim, William Nadylam, and Kevin Guthrie.

The role of Grindelwald was earlier played by Johnny Depp, but after the actor lost his libel case against UK newspaper The Sun, which had called him a ‘wife-beater’, Warner Bros replaced Depp from the role. Mads Mikkelsen will replace him in the last three movies. Earlier this year, Mikkelsen said to Collider, “Nobody’s interested in me going in there and trying to copy anything, that would be creative suicide immediately, especially when it’s been done before and masterfully.”