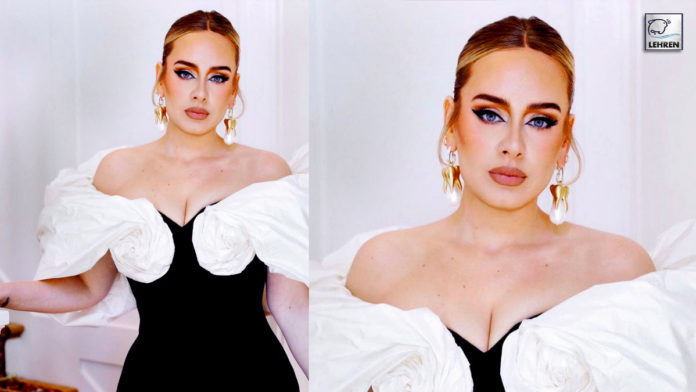 'Easy on Me' is the emotional first solo song on Adele's new album and describes the journey of Adele'slife after divorce.

Adele is back as she dropped her first solo album in almost six years on Thursday, “Easy on Me,” and revealed the inspiration behind her lyrics, ‘divorce and her pursuit of happiness.’

In various interviews, Adele dug into how her divorce from Simon Konecki and her relationship with their son, Angelo, inspired adele new album. Almost three years after her divorce, she is telling her side of the story to her son and all of us through her music. She told Vogue, “I feel like this album is self-destruction, then self-reflection, and then sort of self-redemption. But I feel ready. I really want people to hear my side of the story this time.”

Additionally, adele also explains the reason behind her new solo “Easy on Me.” She said that when she left her marriage, her life ‘fell apart’ too, and she’s asking people to be kind to her, as seen in some of the song’s lyrics. “It’s not like anyone’s having a go at me,” Adele told Vogue. “But it’s like, I left the marriage. Be kind to me as well. It was the first song I wrote for the album and then I didn’t write anything else for six months after because I was like, ‘OK, well, I’ve said it all.'”

Adele’s son was the catalyst that pushed her to write Easy on Me and other singles on her album. She told Vogue after the divorce, Angelo asked her simple questions she couldn’t answer like, “Why don’t you love my dad anymore? And I’d be like, I do love your dad. I’m just not in love. I can’t make that make sense to a 9-year-old.” However, back in 2018, just before Adele would start writing her solo album, she said this moment with her son pushed her to the studio. “He said to my face, ‘Can you see me?’ And I was like, ‘Uh, yeah.’ And he was like, ‘Cause I can’t see you.’ Well, my whole life fell apart in that moment,” said Adele.

Adele said that each song on her upcoming album “30” is an open letter to her son when he’s older, explaining what she couldn’t answer before. “I just felt like I wanted to explain to him, through this record, when he’s in his 20s or 30s, who I am and why I voluntarily chose to dismantle his entire life in the pursuit of my own happiness.” Also, there’s a reason behind adele new album titled “30” It isn’t just a number but the age when her life fell apart. Adele got married at 30 and admitted their marriage “wasn’t very long.” At the same age, she got married, her life took an unexpected turn.

Although, in April 2019, Adele and her then-husband announced their separation. “When I was 30, my entire life fell apart and I had no warning of it,” said adele. Since adele made her decision at 30, she’s been on a journey to find ‘true happiness ever since.’ She continues, “I was just going through the motions, and I wasn’t happy. I want my son to see me really love, and be loved. It’s really important to me.”