The Sequel Of Manmarziyaan On The Cards For Anurag Kashyap? 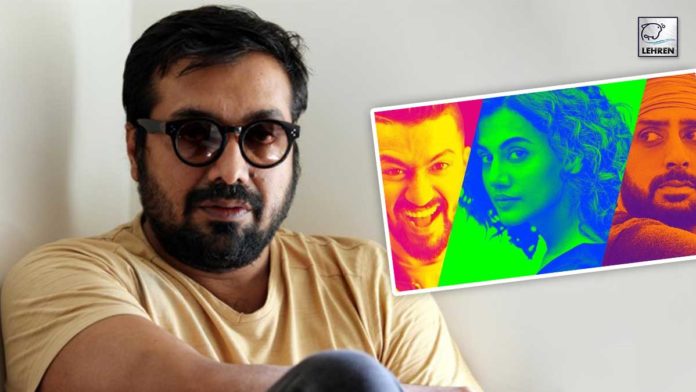 Reportedly, Anurag Kashyap is planning to make a sequel to the Taapsee Pannu, Vicky Kaushal, and Abhishek Bachchan starrer Manmarziyaan. Read below to know more.

The 2018 movie Manmarziyaan didn’t do good business at the Box Office. However, the film holds a special place in the hearts of cinema lovers for its beautiful concept. The film starring Taapsee Pannu, Abhishek Bachchan, and Vicky Kaushal also had an amazing music album. There is a piece of good news for the Manmarziyaaan fans, the director of the film Anurag Kashyap is reportedly planning a sequel for the movie.

As per the latest reports, the Manmarziyaan sequel will reunite the original star cast of the movie. The film ended on such a note that the masses are waiting for a sequel of the movie.

A while back when Taapsee Pannu was asked about the same, she said that she and Anurag have pitched a lot of ideas to each other. She even dropped a hint saying that they are working on something.

However, she further adds that it’s not a love story. Instead, it is a supernatural thriller.

The Thappad actress also mentioned that she would love to work in the sequel of Manmarziyaan. But the actress also placed emphasis that it is all up to Anurag Kashyap and Anand L Rai to make the final call.

There are many sources claiming that the sequel of Manmarziyaan is underway and the filmmaker will make announcement about the same very soon.

On the work front, Taapsee Pannu is busy shooting for Haseen Dilruba. Earlier this year, she impressed the masses with her brilliant performance in the movie Thappad.

As of the other two main leads of Manmarziyaan, Abhishek Bachchan’s career is on a roll. A while back, he garnered a lot of praise for his role in the web series Breathe 2.

Up next, he has Ludo and The Big Bull in his kitty.

Meanwhile, Vicky Kaushal has Takht and Immortal Ashwatthama lined up for him.