Salman Khan To Kick-Start Shooting For Radhe: Your Most Wanted Bhai On October 2 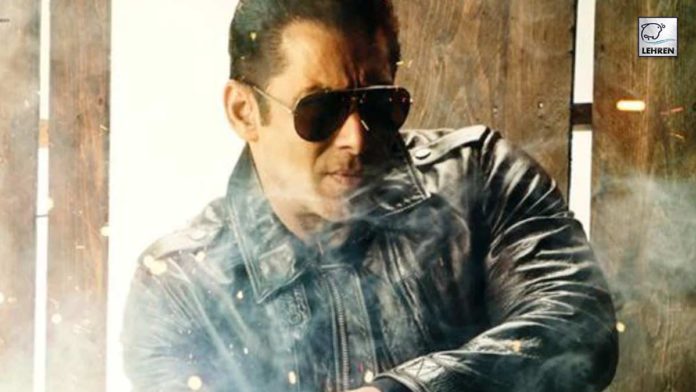 Reportedly, Salman Khan will kick-start shooting for Radhe: Your Most Wanted Bhai on October 2. The shooting of the film was halted due to the coronavirus pandemic. Read below to know more.

Amid the lockdown imposed due to the coronavirus pandemic, the shooting of many ventures came to a screeching halt in mid-March. Now nearly after 7 months, the entertainment industry is slowly opening up and the cameras have started rolling. Many filmmakers have resumed their work. The latest film to join the list is Radhe: Your Most Wanted Bhai. The makers of the Salman Khan starrer are gearing up to kick-start the shooting on October 2.

The shooting of the film will reportedly resume in Karjat. It will be followed by the final schedule of the movie at Mehboob Studios in Bandra. As per the reports, some crucial movie scenes and a dance sequence featuring Disha Patani is yet to be shot.

Salman Khan will kick-start shooting on October 2 while the rest will allegedly join in the next few days.

Apart from these things, the patchwork of the film also remains undone. Reportedly, it is a 15-day shoot schedule in Karjat. Everyone present on the set will have to follow the SOPs issued by the Health Ministry to ensure safety from the COVID-19 infection.

The reports state that to avoid daily commute, the crew will be staying at a hotel near the shoot location. During their stay, they won’t be allowed to meet anyone from outside. The hearsay suggests, the coronavirus test is done and no one is COVID-19 positive.

To ensure hygiene and discipline on the sets, a dedicated team of medical professionals alongside Salman Khan’s personal team will be keeping a close watch.

The makers of the film have assured that they will keep the set and props sanitized. Apart from this, a special team is under training to dispose of used PPE kits.

Speaking of the film, it features Randeep Hooda alongside Salman Khan and Disha Patani. The much-awaited is helmed by Prabhu Deva.