Gavin Packard- The Forgotten Villain Of Bollywood; Here’s What His Daughter Is Doing Now! 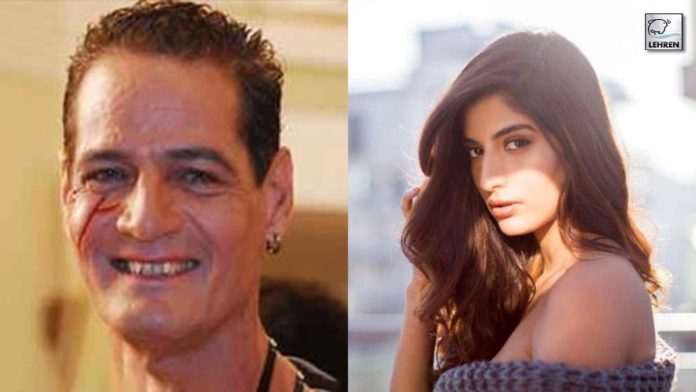 Known for his notorious characters in many films like Sadak, Tridev, Mohra, here's what his beautiful daughter is up to these days. Read to know more!

If you’ve not been around the late 90s, then most probably, you don’t know who Gavin Packard is! And if that’s the case, then we urge you to read this article because Gavin Packard deserves to be known, this forgotten villain of Bollywood deserves just as much appreciation, as any other Bollywood hero of his time!

This forgotten villain of the yesteryears worked in as many as 60 Bollywood movies and also marked his foot in the Malayalam film industry. Apart from playing grey characters in films, Gavin was also a national and state level award-winning bodybuilder, responsible for training many celebs including Sanjay Dutt and Salman Khan’s bodyguard, Shera. An Irish ascent, Packard perhaps, was the only foreigner who played a villain in many Bollywood films.

Unfortunately, the bodybuilder-actor succumbed to a respiratory ailment back in 2012, and took his last breath at around 4 am at a nursing centre in Vasai. While Gavin was only 48 years old when he died, many reports stated how he had actually met with an accident days before he was admitted to the nursing centre and that he was also severely injured in that incident. When local residents identified him as an actor, they rushed him to the hospital, where he was found highly drunk before the accident.

It was reported how Gavin, in his last days, struggled to get films and that his wife, along with their 2 daughters, had left for France days before his death. While what is fascinating, is how his funeral, which took place at the St. Andrews Burial in Bandra, Mumbai, only saw around 200 people, and shockingly, none of them were from the film fraternity.

For the unversed, Gavin was survived by his wife and 2 daughters, Erika Packard and Kamille Kyla Packard. Many aren’t aware of it, but Erika is a well-known face in the world of glamour. She chose Psychology as her profession but fate had different plans for her, as she entered the fashion and glamour industry. Apart from working with one of the world’s biggest fashion agencies, Erica has worked opposite Ranbir Kapoor in several commercials.

Apart from her professional life, the young model is said to have dated Shakti Kapoor’s son, Siddhant Kapoor for almost a decade, after they broke up in 2014. She actively posts throwback pictures of her late father, for her 180k followers. “My sister and I used to always think he was superman. I used to always get irritated because he would always play the bad guy. I loved him in Sadak and also in Karan Arjun (1995) when he was fighting with Salman,” she captioned one of her pictures with her father.