Alia Bhatt Reacts To Her Viral Mimicry Video, Says “She Is Outstanding” 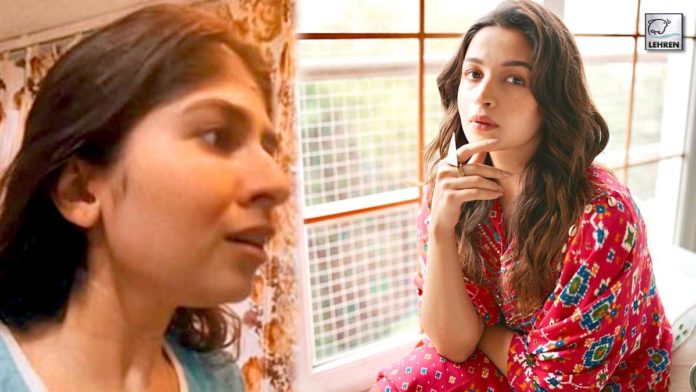 Alia Bhatt reacts to the viral video of social media influencer, Chandni who mimics Alia's character in Brahmastra. Here's what she said-

Brahmastra: Alia Bhatt’s role and dialogues in Ayan Mukerji’s film Brahmastra have undoubtedly grabbed much attention of her fans. Many netizens earlier claimed that the actress had just one dialogue in the film. During that time a video of a social media named Chandi particularly went viral on the internet. While in a recent interview Alia also reacted to the mimicry video and called it outstanding. Here’s what she said-

For the unversed, a hilarious video of a social media influencer named Chandni went extremely viral on the internet. In the video, Chandni could be seen mimicking Alia in the most hilarious way possible as she recites Alia’s dialogues in the film. The video gathered massive views, many netizens even claimed that Chandni’s mimicking Alia Bhatt was just spot on.

While now the Brahmastra actress Alia Bhatt has also reacted to the video, in interaction with NDTV, Alia said, “That’s one of my favorites. There is this one girl who imitates me, Chandni, she imitates me really well. She made an Alia Bramastra meme, where she is talking about my voice and she is outstanding.” Reacting to Alia’s reaction to her mimicry video, Chandni said, “Trying to sink this, somebody please pinch me! Is this real? Alia Bhatt, this means a lot. Thank you so much.”

Here’s How Much Alia Bhatt Charged For Brahamstra

For the uninitiated, Alia Bhatt will be seen essaying the role of Isha in Brahmastra, who is the love interest of Shiva (Ranbir Kapoor). The actress has charged a whopping amount of about Rs 10 crore to Rs 12 crore for the film, which has left the netizens in a frenzy since the netizens have been claiming that the actress has no dialogue in the film except for “Shiva”.