When Rashmika Mandanna Called Off Her Wedding With Rakshit Shetty 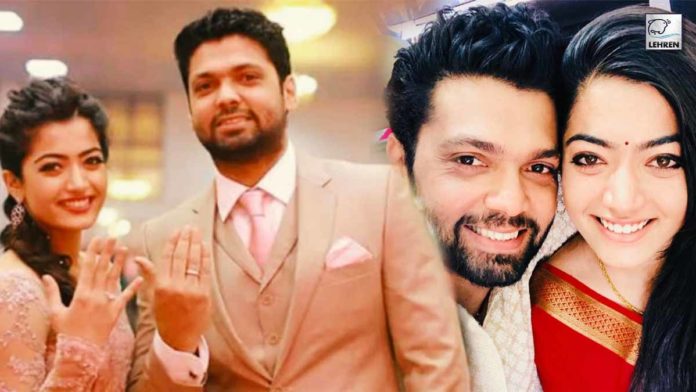 Rashmika Mandanna was once engaged to her co-actor Rakshit Shetty. Unfortunately, both called it off and parted ways.

Rashmika Mandanna was once engaged to her co-actor, Rakshit Shetty. Unfortunately, both called it off and parted ways. The couple has worked together in Kirik Party and after going around for two years both exchanged rings in 2017.

Rashmika is riding high on success after her film Pusha earned immense love and positive responses all over. Her role as Srivalli is the talk of the town, also she is set for her Bollywood debut soon. The 26-year-old actor build her name by acting in commercial movies like Dear Comrade and Geetha Govindam She made her acting debut with Kirik Party in 2016, where she met Rakshit Shetty, who was the actor, writer, and producer all together for the film.

The former couple mutually decided to get married and got engaged in 2017 making it a grand celebration. Apparently, the relationship between the couple didn’t work out leading them to separate and walk different roads. According to reports, the Pushpa actress received some good offers in Tollywood and she wanted to concentrate on her career.

A source claimed: “Rashmika made the decision after consulting with her parents, family elders, and friends. It was a tough decision to make, but she is showing a lot of character in overcoming this personal and emotional setback. She has been receiving some exciting offers in Telugu and Kannada, and she wants to cement her place in both the industries.”

However, the two never made any official statements about this subject. Rakshit was off social media but after some time came up to clear up some air and asked fans to stop judging Rashmika. He said: “You all have formed opinions about Rashmika. I don’t blame any of you because that’s how it is projected. I have known Rashmika for more than two years and I have known her better than any of you. There are many factors that are acting here. Please stop judging her. Please let her be in peace (SIC).”

On the work front, Rakshit Shetty released his latest film 777 Charlie on June 10th. On the other hand, Rashmika Mandanna is gearing up for her Bollywood debut Mission Majnu alongside Sidharth Malhotra.