Naga Chaitanya Reveals That His First Crush Was Sushmita Sen 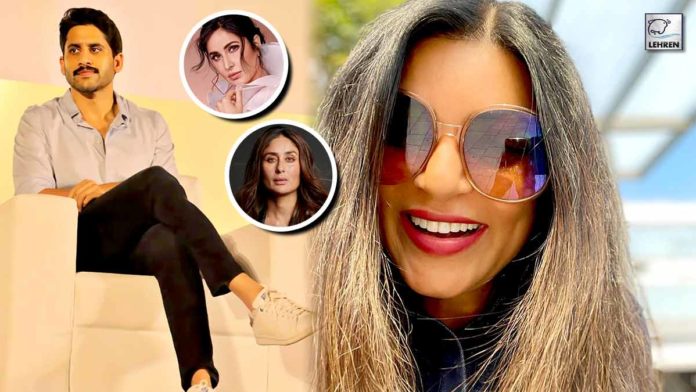 South superstar Naga Chaitanya reveals that his first crush was actress Sushmita Sen, while he looks up to Kareena Kapoor and Priyanka Chopra Jonas.

South superstar Naga Chaitanya is always in the news for his relationship matters while being it her divorce from Samantha Ruth Prabhu or his alleged relationship with actress Sobhita Dhulipala. However, the actor recently grabbed the attention of his fans after he revealed that his first crush was none other than the Bollywood superstar and Miss Universe Sushmita Sen. He also shared that he looks up to Kareena Kapoor, Katrina Kaif, and Priyanka Chopra for their performances in their films.

In an interview with Pinkvilla, Laal Singh Chaddha actor Naga Chaitanya revealed that he looks up to Priyanka Chopra and Kareena Kapoor while he wants to work with Alia Bhatt. Chaitanya said, “There are many. Many actresses. First is Alia Bhatt. I love her performances. Always looked up to Priyanka Chopra, Kareena Kapoor ma’am… There are too many, the list is long. Katrina Kaif, I found her really beautiful.”

Naga Chaitanya recently grabbed the attention of his fans about his alleged relationship with actress Sobhita Dhulipala. In a recent interaction with RJ Siddharth Kannan, the actor was asked to describe his rumored girlfriend Sobhita Dhulipala. To which he first smiled and then responded by saying, “I’m just gonna smile.”

The actor’s dating rumors started earlier this year after Naga Chaitanya and Samantha Ruth Prabhu’s divorce, reports surfaced on the internet claiming that Chaitanya is dating Sobhita Dhulipala. Sobhita was reportedly clicked heading out of his under-construction home in Jubilee Hills and they both seemed to be enjoying each other’s company.

On the work front, South superstar Naga Chaitanya recently made his debut in Bollywood with Aamir Khan starrer Laal Singh Chaddha. However, the film opened up to critically low box office collections and received heavy backlash from the audience. The actor is now expected to make his OTT debut in the Dootha series on Prime Video which also stars Prachi Desai.