Rajinikanth’s Upcoming Film Titled As ‘Jailer’, Check Out The Poster 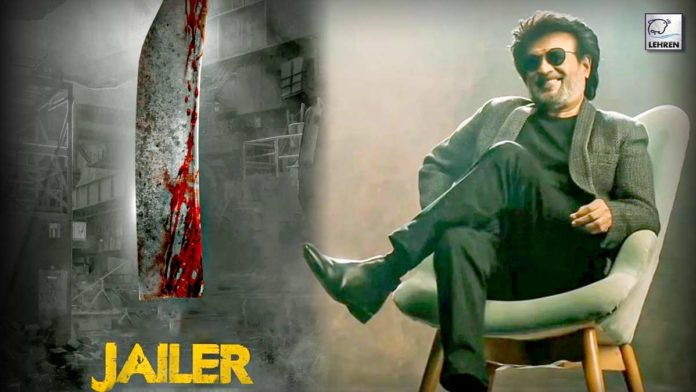 Tamil superstar Rajinikanth is gearing up for his upcoming film, ‘Jailer. Recently, the poster of the film was released, unveiling the title of the film which is now titled ‘Jailer’. The newly revealed poster grabbed quite epic reactions from the netizens after its release. However, many trolled the director for his previous film ‘Beast’.

Rajinikanth’s much-anticipated film with filmmaker Nelson Dilip Kumar has been titled ‘Jailer’. On Friday, the makers of the film unveiled the poster of the upcoming flick over the social media, “#Thalaivar169 is #Jailer,” the post read. The film marks Rajinikanth’s 169th feature project. The poster features the title along with a bloody machete, indicating the film will be an action-thriller.

While reacting to the film’s poster netizens shared their reactions, while many asked the director Nelson Dilipkumar if the film will be shot in one location just like his previous work Beast. For the unversed, Beast starring Vijay was predominantly shot inside a mall. Referring to the same, a user wrote, “Nelson is taking up another biggest task of handling a star in a single location/major portions to be shot in single location… Let #Jailer have a strong villain to fight.” Another user wrote, “LIT #THALAIVAR169 is gonna be a ravage.”

Director Nelson’s previous film ‘Beast’ was shot inside a mall. Produced by Sun Pictures, composer Anirudh Ravichander is on board, while more details on the rest of the cast and crew will be revealed soon, with reports indicating Aishwarya Rai Bachchan could be the female lead. The project will also star Kannada actor Shivrajkumar in a key role. While the rest of the details are yet to be confirmed.

Rajinikanth was recently spotted at Nayanthara and Vighnesh’s wedding as the Jawan actress, Nayanthara shares a close bond with the south megastar, Rajnikanth, and both the actors have worked together in several films. While at the wedding the actors entrusted him with the rituals as well. As the south megastar handed over the mangal sutra to the couple during the ritual.