IPL 2020: Rohit Sharma On Why Ishan Kishan Didn’t Come Out To Bat In Super Over 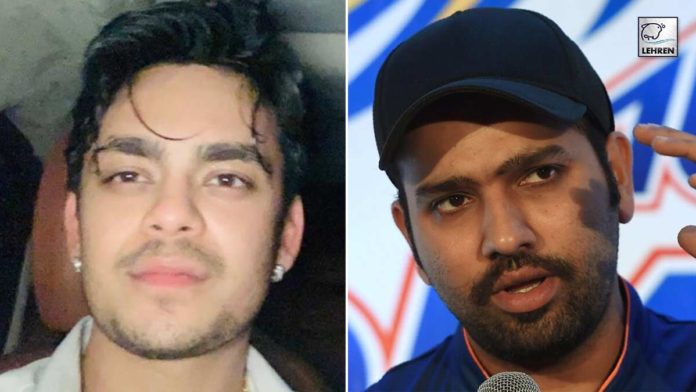 Rohit Sharma explained why Ishan Kishan didn’t come out to bat in the super over during the nail-biting match against Bangalore. Kishan scored a brilliant knock of 99 during Mumbai’s batting inning. Read below to know more.

It was nothing but a nail-biting game when Mumbai locked its horns with Bangalore in UAE on Monday evening. The Indian Premier League (IPL) 2020 match went into Super Over after both the teams tallied their scores at 201. Mumbai set up the target of eight runs on the scoreboard for Bangalore to chase during the Super Over. The Bangalore-based franchise easily chased down the target and emerged as the winners. However, many questions arose when Ishan Kishan who scored a brilliant knock of 99 runs off 58 balls didn’t come to bat in the Super Over. During the post-match presentation, Mumbai skipper Rohit Sharma explained why Ishan Kishan didn’t come out to bat in the Super Over.

Instead of Ishan Kishan, Caribbean storm Kieron Pollard and team India all-rounder Hardik Pandya were given the responsibility. After Pollard’s dismissal, Rohit Sharma came out to bat as Mumbai managed to put up a target of just seven runs in the Super Over.

In the post-match presentation, Rohit Sharma said that it was a brilliant game. He believes that were not in the game when they started their innings. He praised Ishan Kishan for bringing Mumbai back in the game.

The skipper also praised Pollard for his fiery knock. Sharma said that not starting well in the game is the main reason behind their loss.

Explaining why Ishan Kishan didn’t come out to bat in the Super Over, Rohit said, “Ishan was drained out and he was not comfortable for the Super Over. He was not feeling fresh and Hardik is someone we trust hitting the long balls.”

Mumbai seems to be in a good form and they are looking forward to bouncing back in the next game. The Mumbai squad will take on Punjab on October 1, 2020.