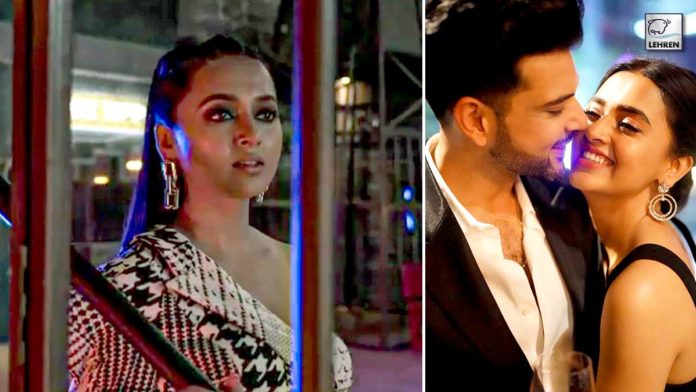 Bigg Boss 15 winner Tejasswi Prakash has teamed up with her boyfriend Karan Kundrra for Kangana Ranaut’s reality show Lockupp. As of now, the actress will be seen as the queen jailor in the show.

Tejasswi will enter the reality show as ‘Queen’s Warden’ with a special power ‘Queen Card’. She will join real-life beau Karan Kundrra, who’s the jailor on the show. The makers recently released the teaser of her look ahead of her entry into the show.

In the video, Tejasswi Prakash promises to unleash some ‘atyaachaar’ (tyranny) on the surviving contestants, including Shivam Sharma and Prince Narula who are, so far, the confirmed finalists.
ALSO READ – Lock Upp: After Anjali Arora’s Revelation On Suicide Attempt, Kangana Spills Beans From Childhood

Tejasswi shared her excitement about being part of Lock Upp. She said, “I am ecstatic to enter the show as the power-packed Warden. The love I share with my fans and the show drew me here in this badass jail, and I can’t wait to bring new twists and turns with the controversial kaidis and Karan.” Later her boyfriend Karan Kundrra also shared the teaser.

With now only three days left for the finale the contestants are gearing up for the final showdown. However, with the social media trends, Munawar Faruqui has been in the lead, as the comedian has a huge fan base on social media with his name trending on Twitter every now and then.