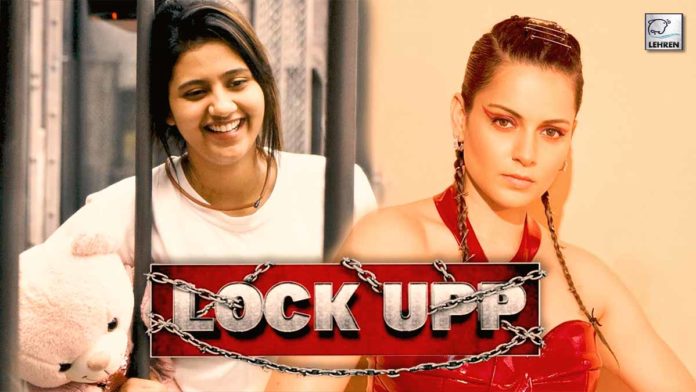 In the latest episode of the reality show LockUpp, Kangana shares her past experience with contestants after Anjali Arora talks about her suicide attempt.

As contestants reveal their secrets every week on judgment day of the reality show LockUpp, in the previous weekend’s episode, the audience witnessed Munawar’s revelation from his past about sexual harassment while this week Anjali Arora revealed her secret from her past on her suicide attempt.

In the recent judgment day episode, Anjali Arora shared her secret with the contestants and host. The social media influencer revealed that when she was in class 11th, she bunked her tuitions and went to a nearby cafe with her batchmates. Her brother’s friend saw her and informed him about it. Anjali’s brother, who has been very protective of her, walked up to her and slapped her in front of everybody. He then told their father, who also slapped her, locked her up, and restricted her from leaving the house. Anjali revealed, “I then drank phenyl and closed the door. My brother had to break it open.”

To her revelation, actress Kangana Ranaut shared her views on her actions saying that she is sending the wrong message. She mentioned that she understands her and later shares her experience from her childhood. The actress said, “I had had so many fights with my cousins because they would come and report at my house about where I went and how I behaved, even though he had nothing to do with our family.”

The actress further revealed, “I first packed my bags and wanted to run away from my home at the age of eight. Everyone has such thoughts but only weak and cowardly people act upon them.”

She later explains that what Anjali did was not right. The host went on to tell her that she was lucky to be alive. Later, at the end of the episode, no contestant was eliminated from Kangana’s Lock Upp.