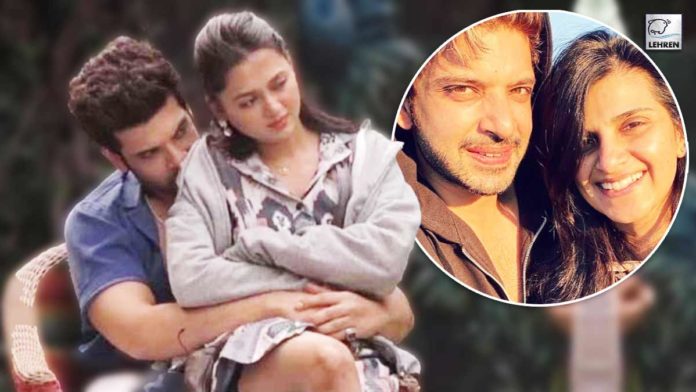 Responding to a Twitter user, Karan’s sister tweeted how she ‘cannot stand’ how her brother is being treated by girlfriend Teja.

If you are a TejRan fan, chances are you’ve had a very terrible week after watching what happened in the “Bigg Boss” house earlier this week. Bigg boss has hosted several seasons so far and each season at least has this one romantic Jodi that becomes fans’ ultimate favorite. Well this year, Karan Kundra and Tejasswi Prakash’s romance has made them viewers’ favorite couple.

Both Karan and Tejasswi got into an ugly fight on Tuesday where Karan was seen saying things like ‘apni shakal dekhi hai’ and ‘bhatija’ to his girlfriend. While it’s only common for the couples in the “Bigg Boss” house to get into fights and arguments, Tejasswi was left extremely hurt after Karan’s remarks. However, their fight didn’t last long as soon Karan was seen having a conversation with Teja, comforting her, and even confessing how much he loved her. Fans that support the couple were happy with this while others have named this as a ‘cheap stunt’, claiming that the two are only acting like they’re together to be on the show.

Things escalated pretty quickly again when Karan was having a conversation with Rashami, where both were seen discussing the game in a hushed tone. Possessive girlfriend Teja couldn’t take this and demanded Karan that even she should be made a part of the conversation, which in turn left Karan and Rashmi both infuriated. While Karan’s family outside have been watching the show closely and have been supporting him from day one, a fan of the show took to their Twitter handle to ask his sister Meenu Kundrra, her views about the couple, especially Tejasswi. The user asked if Meenu hated Tejasswi and if so, why?

Another user requested her to accept Tejasswi and Karan’s relationship to which she replied, “Hun-I don’t know her from Adams to like or dislike her, i just can’t stand the way she treats my brother-I dislike the hurt she causes Karan- he is all that matters to me!!”

While the “Bigg Boss” house can surely be a testing place for relationships, it indeed is, for TejRan, as the two have come across as very possessive partners lately. Till then it’s only worthwhile to see if Karan and Tejaswwi will take their relationship outside of the house too!