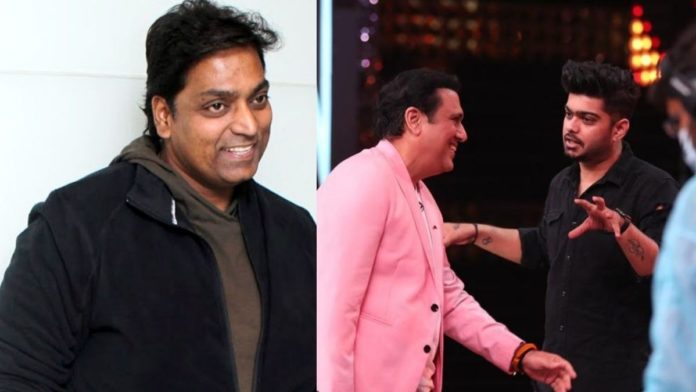 Last Saturday saw the dynamic dance duo Govinda and Ganesh Acharya grace the stage of Dance Deewane 3 with their charisma. It was no surprise then the contestants along with the backing of their choreographers put up splendid acts to impress these dance icons.

For the episode that was a dance riot with Govinda and Ganesh Acharya, contestants Akash and Somansh recreated the aura of Ranveer Singh starrer ‘Khalibhali’. The mega-hit track that was choreographed by Ganesh Acharya himself earned noteworthy praise by not just Akash and Somansh but their talented choreographer, Nishchal Sharma. Ganesh further told Nishchal, “Agar itne saari steps original mein hote toh kya baat hoti!”

The other act choreographed by Nishchal Sharma saw Papai, Antara and Tarun groove to Signal, Bhagam Bhag fame, to honour both Govinda and Ganesh Acharya. The judges were left ecstatic with the Latin-Acro version of the original song and highly praised Nishchal along with the contestants of the act.

With such rave reviews of the hardworking Nishchal Sharma, are we all set to see the young lad directing his very own Bollywood number soon? Only time will tell.