The Night Manager Trailer Starring Anil Kapoor And Aditya Roy Kapur Is Out! 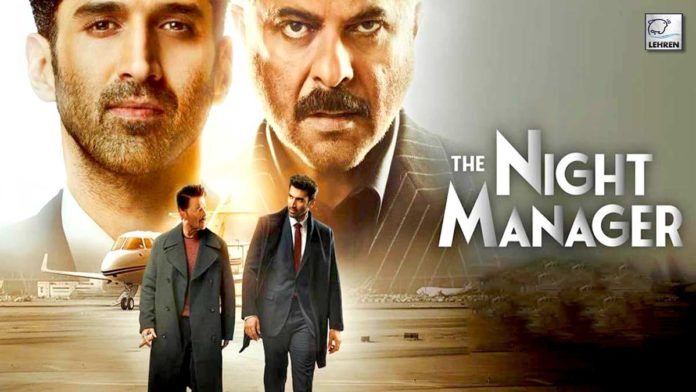 The Night Manager trailer is out now!

The Night Manager trailer starring Anil Kapoor and Aditya Roy Kapur has finally arrived. The series is set be the Indian version of the British Thriller Drama namesake. The series will be released on Disney+Hotstar on 17 February 2023.

The trailer opens up at a hilly area covered with snow and Aditya Roy Kapur’s character is introduced as the night manager of a resort Shaan Sengupta who is hired by a secret anti-terrorist group to stop Shalindra Rugtha aka shelly who deals in arms supply and loves to wage war among countries.

One day his family and friends are attacked by local goons and Shaan helps them to free Shelly’s son and wins his trust. He later helps Shelly to carry his business and become his right hand. But someone from Shelly’s group starts suspecting that Shaan is too good to be true.

The scene changes by Shaan involved with Shelly’s wife and work and the head who hired Shaan as a secret cover to catch Shelly starts to suspect something is not right. Will Shaan take over Shelly’s business or will he be able to catch the most wanted arms dealer to the anti-terrorist group? Watch the series on Disney+Hotstar on 17 February 2023.

The series has lots of thrill, adventure, and suspense. The series promises to blow audiences’ minds and hopefully justify the British series.