British Show The Night Manager To Be Remade In India, Cast Revealed 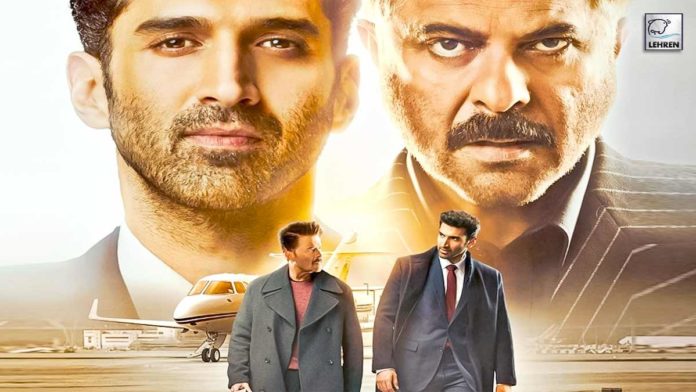 Anil Kapoor and Aditya Roy Kapoor are going to be seen in a British series "The Night Manager" made in Indian style.

The popular British show The Night Manager is going to be remade in the Hindi version and the official announcement and poster is also revealed today. The show will feature Aditya Roy Kapur and Anil Kapoor, a spy thriller, and the plot is borrowed from the BBC and AMC joint production that aired in 2016. The Indian version will be streaming on Disney+Hotstar by the end of this year or next year. The streaming service shared a moving poster of the show on social media earlier today.

It shows large closeups of the two main actors, followed by a single shot of them getting off a private plane at an airport. The caption reads, “Duniya ke sabse dangerous arms dealer ko rokne ke liye there is only one weapon – Ek hotel ka night manager (There is only one weapon to capture the world’s most dangerous arms dealer – the night manager of a hotel).”

The unique British version starred Tom Hiddleston as a night time manager, who infiltrates a hands dealer’s (Hugh Laurie) agency as a police mole. It changed into being severely acclaimed with a particular reward for the leads.

Regarding the role of a dangerous arms dealer in the series, Anil Kapoor said in a statement: “I’ve always loved working on differentiated content and characters. When I first read the script, I fell in love with the characters… by Shelly Rungta. Shelly is a powerful man, a philanthropist, and a perfect balance of wit and evil with an unseen menace, just like the series’ story – a perfect blend of entertainment and great storytelling.”

Aditya Roy Kapur, who plays the titular night manager on the show, added, “I’ve always wanted to play a multi-layered character in a show with a complex arc, and if that’s the case, the platform on When I was approached to play the lead in The Night Manager I knew it was exactly what I was looking for.”

The night manager, directed by Sandeep Modi and co-directed by Priyanka Ghosh, is produced by The Ink Factory and Banijay Asia.