Selena Gomez Is ‘Thrilled’ To Turn 30 This Year 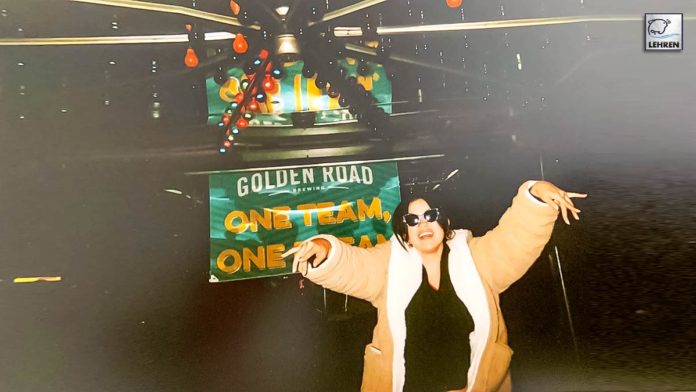 Selena Gomez revealed that she has now 'stopped caring about what people have to say, and that's been wonderful.'

This year in July, Selena Gomez will enter her 30s, but the star is already looking forward to the milestone. The Grammy-nominated singer opened up about how ‘excited’ she is about stepping into a new decade.

In an interview, Gomez, whose birthday is on July 22, told People, “I love growing up. When I was younger, I was scared of it, and I thought by now my life would look so different. But now I’m like, ‘Wow, this is not what I ever expected, and I couldn’t be more thrilled.'” “I’ve stopped caring about what people have to say, and that’s been wonderful,” she added.

In addition to her birthday, Selena Gomez has a lot more to look forward to this year, including the release of Hotel Transylvania: Transformania, the fourth and final movie in the animated franchise, streaming on Amazon Prime on January 14. However, after a decade of voicing Count Dracula’s vampire daughter Mavis in the franchise, Gomez expressed it feels ‘bittersweet’ to have to say goodbye. “I’m a little sad,” she said.

Selena Gomez further added, “But we’ve had a great time. I was 20 when we did the first film, and now I’m about to be 30, so it’s pretty wild. A lot has changed for me in a lot of good ways.” And one of those changes is that Gomez can now call herself a ‘Grammy-nominated singer.’ At the 2022 awards show airing on January 31, she is nominated for best Latin pop album for her album Revelación.

Expressing her excitement for her first-time nomination, Selena Gomez said, “I’m so excited!” “It’s cool because I put my heart and soul into that album. I’m not fluent in Spanish, but, funny enough, it’s actually easier for me to sing in Spanish than it is to speak it,” she continued. “I wanted to make sure that we were covering all the bases, that the words were beautiful, that it matched where I was in my life and that every little part of the song sounded authentic. I couldn’t be more proud,” Selena added.