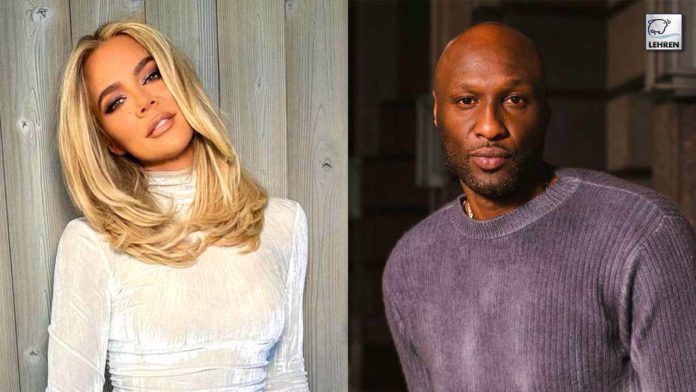 Lamar Odom met Khloe Kardashian in August 2009 and just a month later they tied the knot.

Khloe Kardashian’s ex-husband Lamar Odom had a message for his ex-wife after he was evicted from Celebrity Big Brother. The 42-year-old former Los Angeles Lakers star was asked by show host Julie Chen Moonves if he had anything to say to Khloe if she was watching the CBS reality show. He replied, “I miss you and I hope to get to see you soon.”

For unversed, the former professional basketball player, Lamar Odom met Khloe Kardashian in August 2009. And just a month later they tied the knot. The already famous Khloe started making her way to the headlines due to her quick marriage to an NBA player. However, Odom was cheating on Khloe and also became a drug addict, as per several reports.

In August 2013, it was also reported that Lamar went missing for 72 hours which led Khloe to file for their divorce in December 2013. However, in 2015, Khloe had to pause their proceedings of divorce due to Lamar’s drug overdose. Khloe helped her husband to recover but again she found Lamar drinking six months post his release from the hospital. Kardashian filed her divorce again which was finalized in December 2016.

However, this is not the first time that he pleaded to meet her soon. In a February 2022 episode of Celebrity Big Brother, Odom spoke about Kardashian, revealing he still dreams about her. “I had some good dreams last night,” he said in the preview clip. Odom continued, “I dreamt (about) my ex-wife.” He added, “I miss her so much. I wish I could take that time back.”

The Keeping Up With The Kardashians star Khloe Kardashian didn’t immediately respond to Odom’s heartfelt admissions. Khloe Kardashian was caught up in some drama of her own, dealing with the aftermath of yet another Tristan Thompson cheating scandal.