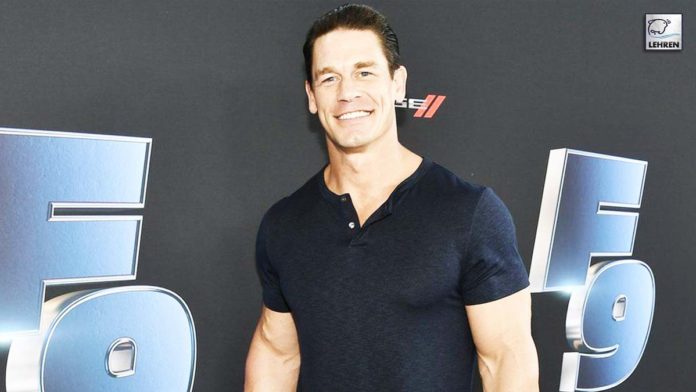 Wrestling star and Hollywood actor John Cena has once again surprised netizens with his recent Instagram post. Fast and Furious star posted a picture of Bollywood actor Arshad Warsi on his social media handle on Sunday. The picture features Arshad flaunting his new intensified look. However, he has not written anything in the caption.

A few days ago, Golmaal star Arshad Warsi uploaded the same picture on Instagram on September 17. The collage features his new beefed-up body. In one picture, Warsi was seen in his lean body while in another, he flexed his arms to show off his toned biceps. It was observed from the caption that the actor had undergone this transformation for his next project. The caption, “Long way to go, but getting in shape for my next project…” Arshad’s physical transformation left followers in awe of his body. Some of his fans even compared him to John Cena. The comment reads, “Aisi body toh John Cena ki bhi nhi hai sir.”

John has created a peculiarity among fans by sharing the same photo. Many of his fans wondering whether the post indicates that the wrestler was also impressed by the physical transformation of Warsi. However, John Cena has often posted pictures of Indian celebrities on his social media handles. A few weeks back, he dedicated a post in the memory of actor Sidharth Shukla, who died of a heart attack on September 2.

Recently an old video of Cena tearing up upon watching a fan’s emotional message to his idol recently sparked on social media. The boy named Tyler Scheer shared his story of how Cena’s positivity message ‘never give up’ helped him and his family stay strong during his mother’s cancer treatment.

Narrating his story, Tyler looks back on the day when Cena had given his wristband to him during one of the WWE matches. He passed it on to his mother when she was going for surgery and asked her to never give up. Tyler said that his mom battled cancer and beat it to come out free from the disease.

Overwhelmed by the message, Cena was left in tears. He also appreciated the life perspective of Tyler had at such a young age. However, the WWE superstar was up for a surprise. Tyler walked into the room tearing a banner placer on the side. Cena called the young and hugged him. They shared an emotional moment together. Cena called the moment the best surprise ever.

Sushmita Sen To Play Transwoman In Her Upcoming Film Taali, Check Out