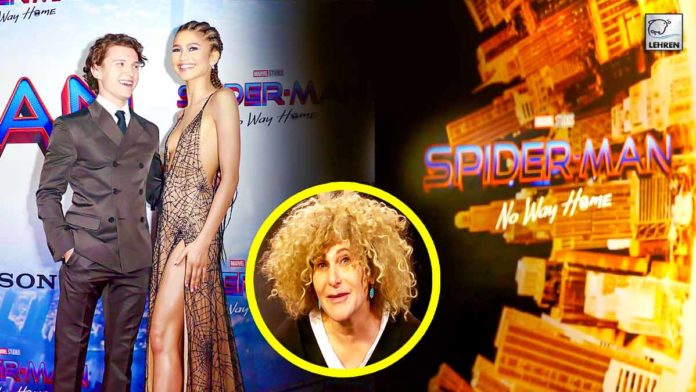 Spider-Man producer Amy Pascal revealed that Tom and Zendaya weren't the first leading actors she'd tried to lecture against coupling up either.

Tom Holland and Zendaya are not the first Spider-Man co-stars to translate their on-screen chemistry into a real-life romance. The Spider-Man: No Way Home stars are the third and latest couple to find themselves tangled up in love’s web. However, they had earlier received a little word of warning first.

In an interview with The New York Times on December 17, No Way Home producer Amy Pascal revealed that she attempted to advise Tom and Zendaya against any future dating shortly after they were cast. “I took Tom and Zendaya aside, separately, when we first cast them and gave them a lecture,” Pascal said. “Don’t go there, just don’t. Try not to.”

The recent trilogy producer and former Sony executive, who also produced the first five Spider-Man flicks, added that Tom and Zendaya weren’t the first leading actors she’d tried to lecture against coupling up either. “I gave the same advice to Andrew Garfield and Emma Stone,” she explained. “It can just complicate things, you know?” But despite her cautioning, she revealed that the stars all came to the same conclusion, adding, “They all ignored me.”

Fans have witnessed all three actors who have taken up the title of Spider-Man fall in love with their on-screen partner, be it MJ or Gwen Stacy, since the beginning. In fact, the first example of MJ and Peter’s romance translating off-screen was between actors Tobey Maguire and Kirsten Dunst while shooting the very first movie. “They apparently began dating with each other, I think, in the middle of the first movie… although I didn’t know it at the time,” Sam Raimi, director of the first Spider-Man trilogy, told the Sydney Morning-Herald in 2007.

However, their relationship didn’t last long. “They eventually broke up before the second movie. I was concerned they wouldn’t get the same chemistry back, but it was just me worrying,” he explained. “They really like each other, I think, very much. And that relationship probably just added to their ability to trust each other.”

Moreover, Andrew Garfield and Emma Stone later find themselves in a very similar situation. The Amazing Spider-Man co-stars, who played Peter Parker and his girlfriend Gwen Stacy, dated for four years after meeting on set before they confirmed their ‘amicable’ breakup in 2015.