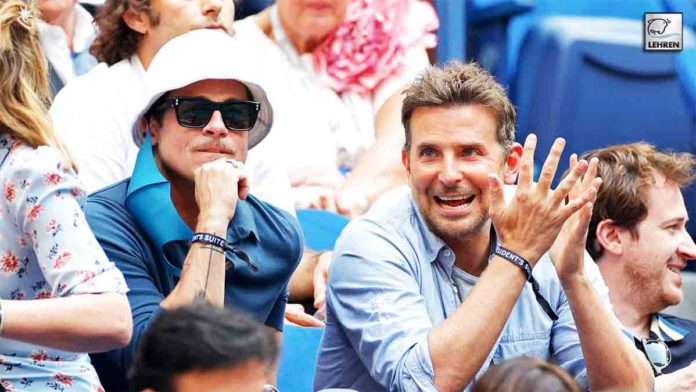 Several Hollywood A-lister stars marked their presence at the 2021 US Open Men's final and enjoyed the rip-roaring match.

The 2021 US Open Men’s final has witnessed numerous popular Hollywood celebrities who marked their presence at the game and enjoyed the exciting match. The match between Russia’s Daniil Medvedev and Serbia’s Novak Djokovic on Sunday was held at the USTA BillieJean King National Tennis Centre in Newyork city.

The Hangover series star Bradley Cooper was seen enjoying the game with Brad Pitt sitting next to him. They were photographed chatting and laughing with each other. Cooper 46, hold on his look casual in a blue bottom-up shirt and navy blue pants. Meanwhile, Brad, 57, made a fashion grand slam by rocking a blue quarter zip, big black sunglasses, and a blue face mask to protect against COVID-19 along with his trendy bucket cap.

The Oscar winner Rami Malek and his Bohemian Rhapsody co-star Joseph Mazello was also seen sitting next to Cooper and Brad. Also, the prominent actor, Paul Wesley, best known for his role in The Vampire Diaries, was seen attending the game. He has seen clicking pictures of the players during the game. Leonardo DiCaprio was also there with a mask on and sitting with his girlfriend, Camila Morrone in a private suite. The director and actor Spike Lee was also spotted in the stadium.

The Night at the Museum star Ben Stiller is also seen having a good time while watching the finals at the stadium. The 30 Rock actor, Alec Baldwin, who also gained recognition for his appearance in the TV sitcom, F.R.I.E.N.D.S, was spotted among the audience. Other popular celebrities include Lupita Nyong’o, Mariska Hargitay, and TV personality Gayle King, Former No. 1 Rod Laver, Christine Taylor, and more graced the event with their presence.

In a remarkable turn of events, Novak Djokovic, lost to Daniil Medvedev ending his putting up to break multiple grand slam records. There were several Hollywood celebrities who did not attend the game but congratulated the US Open Men’s winner, Daniil Medvedev, through social media.