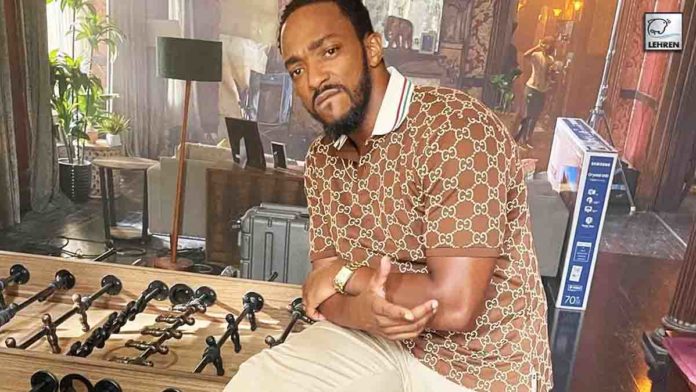 Anthony Mackie to join the Live-Action Twisted Metal series from Sony TV and PlayStation. He will play the role of John Doe.

Caption America star Anthony Mackie is set to star in and executive produces Sony Pictures Television and PlayStation Productions’ Twisted Metal. The series is a live-action adaptation of a popular video game. Mackie will play the lead role of John Doe. According to a report in Deadline, Sony TV and PlayStation Productions are extremely high on the package and a plan is in the works to take it to buyers soon.

“We’re thrilled to have Anthony Mackie on board. His ability to blend comedy, action, and drama is perfect for the Twisted world we’re creating,” said Asad Qizilbash, head of PlayStation Productions.

Twisted Metal is a pack of action-comedy. The TV series is based on an original take by Deadpool writer Rhett Reese & Paul Wernick. The plot of half-hour live-action TV series moves around a motor-mouthed outsider who is offered a chance at a better life, but only if he can successfully deliver a mysterious package across a post-apocalyptic wasteland. He will face savage robbers driving vehicles of destruction and other dangers on the open road. The exciting adventure will also include a deranged clown who drives an ice cream truck.

Doe is a smart milkman who talks as fast as he drives. He gets a chance to make his wish of finding community come true, but only if he can survive an attack of savage vehicular combat. He gets the once-in-a-lifetime opportunity with no memory of his past.

“We’ve been big fans of Anthony’s phenomenal body of work over the years and knew he was the only actor who could play a character as complex, funny, and compelling as John Doe. Fortunately for us, he agreed,” said Glenn Adilman, EVP Comedy Development at Sony TV.

The Last of Us is currently in production for HBO, is Sony Pictures Television and PlayStation Productions’. The series is from Chernobyl creator Craig Mazin, game creator Neil Druckmann and Game of Thrones executive producer Carolyn Strauss. It stars Pedro Pascal and Bella Ramsey.