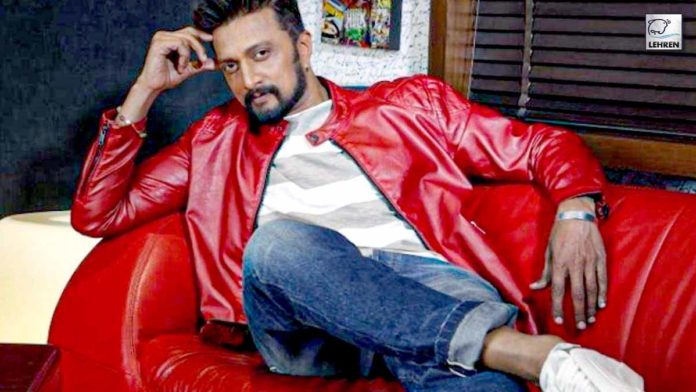 Sudeep Kiccha is known to be one of the most paid actors in the Kannada industry. Read to know about his net worth and more!

Sudeep Sanjeev, popularly known as Sudeep Kiccha is known by many as an actor from the south but Sudeep is a man of many talents, is also a director, producer, screenwriter, television presenter and singer, prominently working in the Kannada film industry. Although Sudeep is extremely popular down in the south, the actor gained pan India recognition after his performance in Salman Khan starrer ‘Dabangg 3’, where he essayed a grey character.

While the actor is known for many of his talents, his primary source of income comes from acting. His net worth is approximated to be around 16 million dollars that are, around 125 crores. While the actor is said to have his own production company too, he had also hosted the popular Bigg-Boss Kannada, for which he had received a lot of love from audiences.

Apart from this, Kiccha is said to be one of the highest-paid actors in the Kannada industry, charging around 5 crores for each of his films. Sudeep is also said to have invested in real estate and owns several properties in Mumbai and Hyderabad. The ‘Makkhi’ actor also has a great collector of many luxurious cars like Lamborghini Aventador, Jeep Compass, BMW M3, and a Hummer H3, being an avid car lover.

Kiccha, for the unversed, is a mechanical engineer turned actor and got married in 2001 to Priya. However, the couple parted ways in 2015, and share a daughter named Saanvi together. Sudeep has shared in his previous interviews, his love for director SS Rajamouli, of Bahubali fame.

Talking about him, he said, “He’s a child at heart. Cinema is like a toy to him and I still remember how eager Rajamouli was to start shooting Baahubali. One day, he narrated the script of Baahubali and I was wondering what he wanted me to do. Then he said, It’s a small role and I agree that it is not a role that you should be doing. Neither is it something where you act and I improvise. Probably I just want you to be part of my film. That’s the best part about him. There’s so much to learn from his passion for cinema and family. We all either get carried with our success or failure, but every time I see Rajamouli, I learn how to be grounded. I’ve never met such a wonderful family like Rajamouli’s and you feel like doing anything for them” he shared.