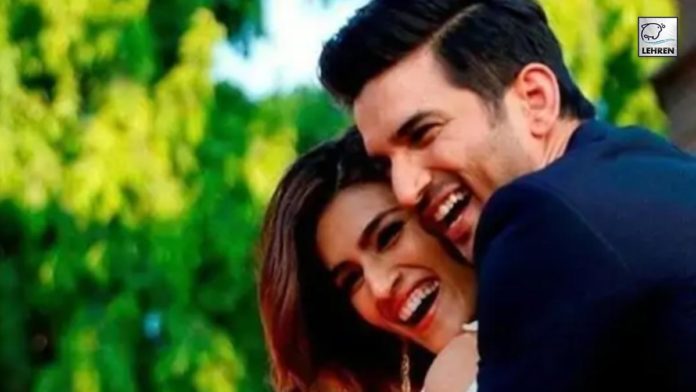 The Sushant Singh Rajput is experiencing new twists and turns with each passing day. With many shocking revelations, the case has gotten more complex than it was before. Earlier the case was all about nepotism and Bollywood mafia. However, now many conspiracy theories are starting to surface. The latest update suggests that SSR’s hand-written note mentions he wanted to spend time with Kriti Sanon.

A never-seen-before note is making rounds on the internet, it mentions the name of Sushant Singh Rajput and his Raabta co-star, Kriti Sanon. With the CBI, ED, and NCB working on in full swing, this note has added more twist to the case.

India Today has accessed this hand-written note and it allegedly happens to be a to-do list. The note contains as many as 12-14 things that Sushant Singh Rajput wanted to accomplish on April 27, 2018. The note hints that SSR woke up at 2:30 am and then had his superman tea and a cold shower.

However, the thing which is garnering attention is point number 8 on the hand-written note. It states that SSR wanted to spend time with Kriti Sanon. For the unknown, Sushant Singh Rajput and Kriti Sanon shared the screen space in the 2017 movie Raabta.

The reel life couple’s chemistry is till now everyone’s favourite Jodi. Apparently, at that time the rumour mills were churning gossip about the two allegedly dating each other.

The note also mentions reading the script of Kedarnath. The film marked the debut of Sara Ali Khan in Bollywood. She is also currently under the radar of the crime-solving agencies due to some allegations.

Among other things on the list include ensuring that he doesn’t smoke. He even put a small tick beside the same.

This hints that Sushant Singh Rajput was willing to lead a sober life letting of the reported toxic habits.

The hand-written note adds more to the already complex case. The crime agencies are probing every angle in the Sushant Singh Rajput case.