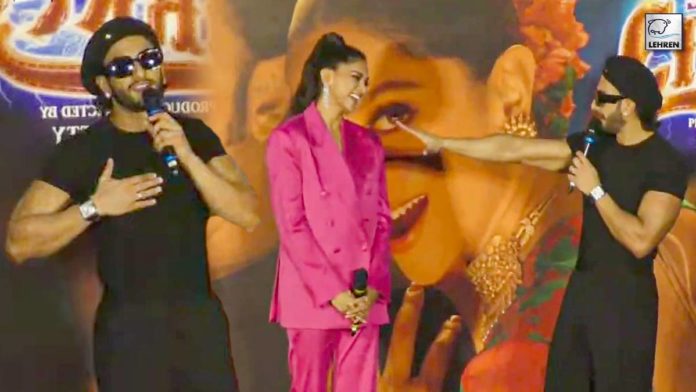 Ranveer Singh and Deepika Padukone launched the “Current Laga Re” song from upcoming film “Cirkus”. Both the actors can be seen giving an electrifying performance in the peppy dance number. At the launch, everyone sang praises for Deepika’s beauty, charm and energy in the song. Ranveer felt a little jealous and said, “Ye jidhar bhi jaati hai, mere ko koi bhaav hi nahi deta hai”. However, he then added, “Chalega apne ko. After all, meri hai na.”

Later, Ranveer went on to praise Deepika Padukone’s filmography. He said, “But let me tell you, as a fan and admirer of Deepika’s work, before I even got to know her, I really like seeing her in this avatar. Such expressions, such fun and masti, such joy, seeing her in this avatar is really entertaining for me. She has put in some really fine performances throughout her filmography but for me, the highest rated is her role in Chennai Express. It is my favorite film and character of hers.”