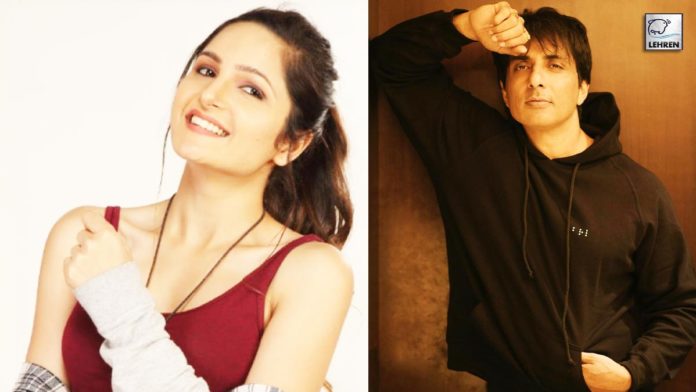 According to the latest scoop, Radha Bhatt has signed a big-budget film opposite Sonu Sood.

After impressing the audience with her role of Mrs Ahuja in Zee5’s latest web series ‘Sunflower’, Radha Bhatt has signed another exciting project. According to our sources, Radha has signed a big-budget film opposite Sonu Sood. Further details on the project are yet to be disclosed.

Currently, Radha is garnering love and appreciation for her impressive work in Sunil Grover starrer ‘Sunflower’. During a recent conversation, she said, “It was a great opportunity to work with Sunil sir. As a learner, I am very keen and I want to evolve and make my craft better. So this opportunity enhanced my learning skills. On the first day when I went to the set for my trial, Sunil sir was already shooting for his part. The makers introduced me to him and told him that I was going to play the role of Mrs Ahuja. He was so impressed with Mrs Ahuja’s character that he jokingly said he could drape a saree and play her character. There’s a reason why he is known as the Comedy King. He is a very sweet and gentle person. He loves to interact with people. I got to talk to him once or twice on the set because we didn’t get much time between takes and also we had to maintain social distancing rules.”

Must Watch: Sunil Grover’s Interview After The Success Of Sunflower Web Series

Prior to this, Radha was seen in ‘Manikarnika’ and ‘The Family Man’. She began her acting career with theatre and then moved to Television. She made her acting debut with the TV serial ‘Agar Tum Saath Ho’ in 2016. However, she kept her Television career short and made a smooth transition into the world of OTT and Hindi films. Talking about her decision to quit Television, Radha said, “I have done a few shows on Tv and after a point, it gets exhausting. It didn’t give me time to explore myself. I kept doing the same thing and it was repetitive.”

“I am just on a break from the TV industry and I am looking out for something new and fresh,” she further added.

Well, we can’t wait for her to share further details about her upcoming film with Sonu Sood.