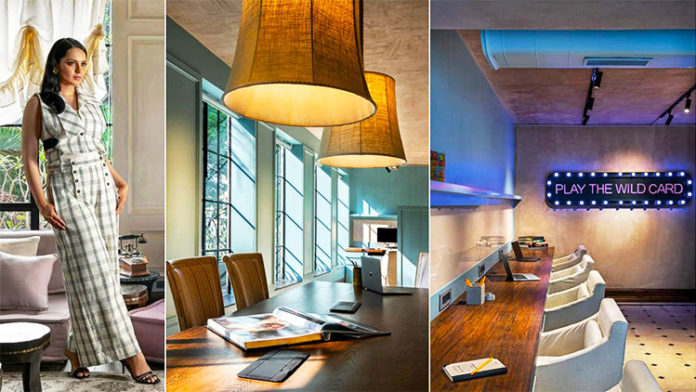 Actress Kangana Ranaut has witnessed a remarkable journey in Bollywood. From playing landmark roles in films to writing, direction and now her own production house ‘Manikarnika Films‘, she has excelled in everything she does.

Kangana’s team recently shared a BTS video that showcases the actress’s work studio. A few glimpses of her workspace seen in the BTS video are proof if her stellar taste and aim for perfection. According to sources, the total landing cost of this dream studio is approximately 48cr along with reconstruction and rebuilding the place from scratch.

Her eclectic workspace looks magnificent with a touch of European style. Kangana has got most of her studio’s furniture customized and handmade. The studio looks dreamy and shows how inclined the actress is towards beauty and aesthetics. The most interesting part of her Pali Hill studio is that Kangana is promoting a plastic-free sustainable environment-friendly office culture!

Well, the highest-paid actress not only owns the entire floor in the most luxurious buildings in Mumbai but also has a Mountain house in Manali worth envy!