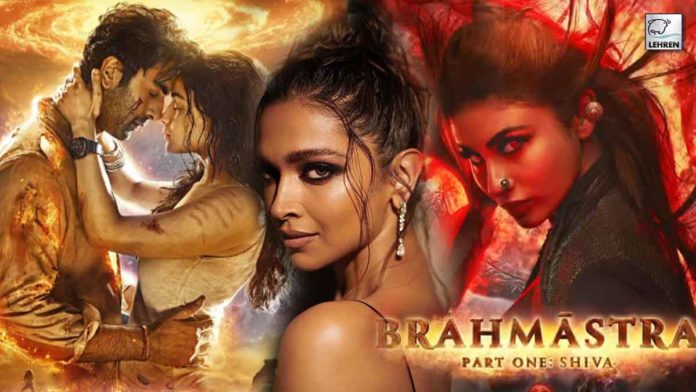 Ayan Mukerji unveils Mouni Roy's look as 'Junoon' from Brahmastra, Deepika Padukone is speculated for a cameo in Brahmastra.

After Nagarjuna and Amitabh Bachchan’s look unveiling the makers have now recently unveiled the look of Mouni Roy from Brahmastra. A glimpse of Mouni’s look was earlier shown in the teaser. The actress will be seen playing the antagonist in the film. While according to recent reports, Bollywood actress Deepika Padukone is also speculated to be making her cameo in the film.

Filmmaker Ayan Mukerji shared the look of Mouni Roy as ‘Junoon’ on Instagram and wrote, “A lot of people, I think, are going to walk out of Brahmāstra, talking about Mouni’s Performance as Junoon. Moun – who has deep belief and deep surrender for Lord Shiva – has always understood Brahmāstra very naturally – and with that understanding, she really killed it with her part in our movie! My first meeting with her, I offered her a ‘special appearance’ in Brahmāstra. Eventually, she shot with us from our first day to our last schedule, and is really, the surprise package in the film!”.

In the poster, Mouni Roy was featured dressed in black with fire in her red eyes. Reacting to her look netizens wrote, “She is looking killer”, another user wrote, “Everything is going perfect but just one thing to keep in mind don’t reveal much in trailer plss waiting”. Earlier to Mouni’s look reveal, the filmmaker also revealed Amitabh Bachchan’s and Nagarjuna’s looks.

On the other hand, after Chiranjeevi’s participation in Brahmastra, Deepika Padukone has now also been speculated to be making her cameo in the film. According to the recent reports, Deepika Padukone is expected to make her cameo in this star-studded film, her cameo will also mark the collaboration with Ranbir, and Deepika’s role is expected to be featured at the end of the second part as well.