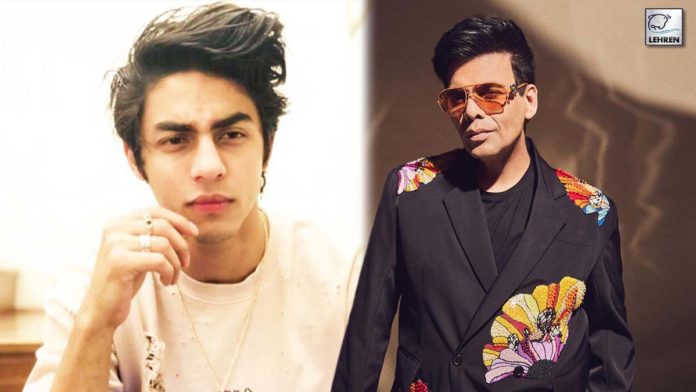 Shah Rukh Khan's son Aryan Khan was reportedly approached by filmmaker Karan Johar and Zoya Akhtar for his Bollywood debut as an actor.

As per a Bollywood Hungama report, Aryan Khan was approached by filmmaker Karan Johar who wanted to give him a break in the industry, the portal quoted, “It started as a very serious offer. When Karan offered to launch Aryan, and Aryan said no, Karan thought, ‘Bachcha hai, ghar ki baat hai, aa jayega line pe (he’s a kid, it’s a family matter, he’ll come around).’ But then Aryan kept saying no again and again.”

The source revealed that apart from Karan, Zoya Akhtar also approached Aryan but he refused, “Now, Karan Johar has stopped suggesting it (a star launch) even as a joke. Aryan wants to be a filmmaker. Despite his looks, he is not interested in acting. Not only Karan Johar, even Zoya Akhtar offered to launch him in her adaptation of the Archies comic books. But he said no. It is his sister Suhana who is the next-generation actor in Shah Rukh’s family.”

Reacting to the news many netizens on Reddit agreed with Aryan’s decision, a netizen wrote, “Smartest thing one can do. He will be definitely compared to srk and when even his colleagues and peers can’t even match that he is nowhere in line.”

Another user wrote, “He always wanted to be a filmmaker, it is not a new thing, he was quite good in dubbing lion king and even the earlier Incredibles, he has always been camera shy but I think he enjoys dubbing, nothing beyond that.”

As per peepingmoon.com reports, Aryan Khan has bagged his OTT debut as a writer with a comedy-drama web series. Aryan is expected to make his OTT debut next year in 2023. Meanwhile, his sister Suhana Khan will also be making her Bollywood debut with Zoya Akhtar’s film, The Archies.