Alia Bhatt Skipped The ‘Brahmastra’ Event Because Of SS Rajamouli? 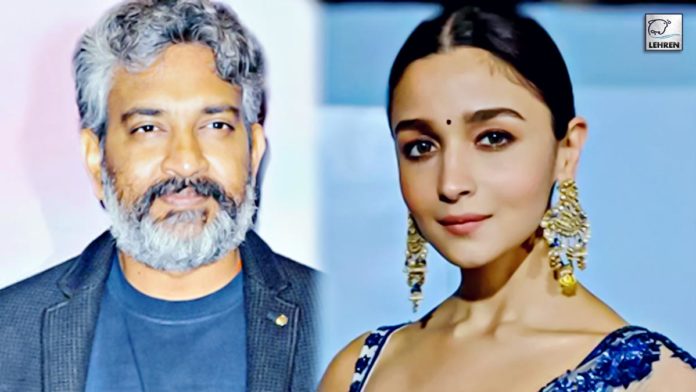 Here's why fans are speculating Alia Bhatt must have skipped the recent 'Brahmastra' promotional event in Vishakapatnam! Read to know more!

Main lead Ranbir Kapoor along with maker Ayan Mukherjee and ‘Bahubali’ fame director SS Rajamouli are currently in Visakhapatnam, promoting Ranbir Alia’s anticipated Magnum opus, ‘Brahmastra’. The trio is said to have visited Vishakapatnam to seek the holy blessings of Simachalam temple, ahead of the release of their film, as they received a grand welcome in the city. While everyone was convinced that Alia Bhatt, who essays the female counterpart in the film was missing from the event owing to her busy work schedule, for the unversed, the actress is currently in London shooting for her Hollywood flick alongside Gal Gadot called the ‘Heart of Stone’, many thought the reason was perhaps, something else.

Many fans speculated how Alia, perhaps, also avoided attending the event because of Rajamouli’s presence, who had also launched the Telugu first look of the movie in Hyderabad. Although upon being asked about the controversy, Alia had earlier stated that her unfollowing the ‘RRR’ director on social media was random and had requested people to stop assuming. Despite her clarification, netizens found it suspicious and hard to digest.

To the amusement of fans, no movie has even been promoted down in the South the way Brahmastra is being promoted. Many even called this a ‘deal’ between Karan Johar, the producer of the film and Rajamouli. “It’s deal. Karan johar promoted SSRajamauli film in North (which doesn’t require, Rajamauli name is enough). Now SSR promoting Karan’s movie in South. This is business” commented a user.

Alia, despite not being able to attend the event, shared through her social media handle, “I really wish I could be there today with everyone. I am missing the whole team, Ayan, and Ranbir. But I am there in spirit and especially there in Ranbir’s heart.” The movie stars legendary actor Amitabh Bachchan alongside Ranbir Kapoor, Alia Bhatt, Mouni Roy and Nagarjuna Akkineni, slated to be released on the 9th of September 2022.