Aashram Season 4 Teaser Out: Baba Nirala Is Now Above Law 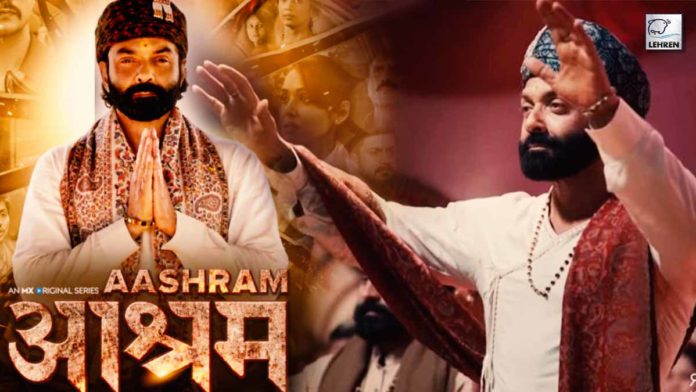 Aashram season 4 teaser is out now after season 3 episodes dropped on June 3.

All the episodes of the popular political drama series Ek Badnaam… Aashram season 3 are streaming now on MX Player. The makers released the third installment with a surprise gift. Aashram season 4 teaser was dropped along with the third season. Get ready to binge-watch Aashram season 3 if you haven’t already.

Bobby Deol took to his Instagram handle to make the special announcement. He shared the teaser describing himself intermediary ‘antaryami’ who knows everything. He captioned the post: “Baba antaryami hain, woh aapke mann ki baatein jante hain. Isliye #Aashram3 episodes ke saath, #Aashram4 ki ek jhalak bhi saath laaye hain sirf @mxplayer par (Baba is omniscient, he knows the matters of your heart. Therefore, we have brought you a glimpse of Aashram season 4 along with the episodes of Aashram season 3 on MX Player.” Ashram 4 teaser is also embedded with the final episode of season 3.

In Aashram season 4, the self-proclaimed Baba Nirala declares himself above the law. The teaser opens up with Baba Nirala returning to Aashram saying “Bhagwan hum hai… tumhare kanun se upar swarg banaya humne… bhagwan ko kaise arrest kar sakte ho” (I am God. I am above your law. I have created this heaven. How can you arrest God).” On the other hand, Pammi (Aaditi Pohankar), shockingly returns to the aashram, apparently willingly after she had escaped the aashram in season 2 and dragged the charlatan to court in season 3.

Aashram 4 teaser is like cherry on the cake for fans. They shared their excitement immediately after learning about season 4. A fan wrote “Surprise pr surprise” while another with hearts said “Super… khush kar diya.” Fans are overjoyed as they can’t control double good news, first release of season 3 and now next season’s announcement. “Wow Baba Ji, you have given amazing news” commented a fan in the Instagram section of Bobby Deol. one user appreciated the series saying “ What a series I am speechless, suprbb… just Mind-blowing.”