Yuzvendra Chahal Gets Praised By Pragyan Ojha; Says “He Will Attack Back!” 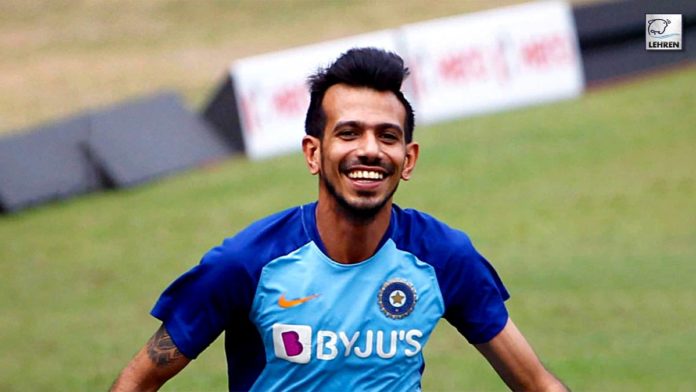 The current 'Purple cap' owner of the IPL 2022, Yuzvendra Chahal recently got praised by Pragyan Ojha, for delivering a brilliant performance. Read to know more!

Rajasthan Royal’s leg spinner, talented bowler of the Indian team, Yuzvendra Chahal just got praised by Pragyan Ojha, who believes Yuzi is a great cricketer and bowler, with immense capabilities. The 31-year-old bowler currently helms the ‘Purple cap’ in the 2022 IPL, for taking the highest number of wickets so far, 19 wickets in nine matches at an average of 13.68 and an economy rate of 7.22.

Talking about Yuzi’s brilliant performance during his previous match between RR and KKR, Ojha was all praises for Yuzi’s performance and mentioned him to be a cricketer, who’s always up for challenges. He said, “In their last match against KKR, Chahal was taken for 17 (in his first over) before he returned to claim that hat-trick. The performance shows his character and explains why people are puzzled that RCB did not retain him. The more you challenge him, the better he comes out. If batters attack him, he will not go on the defensive, he will attack them back.”

Even a few days back, veteran cricketer Ravi Shastri appreciated the bowler for his skills saying how his brilliance has changed matches. He said, “He has been able to win matches for Rajasthan by bowling brilliantly in many matches. He bowls well. His job in very difficult conditions is not just to stop the pace of runs, But there is also the work of taking wickets.”

Yuzvendra Chahal has been able to be at the top of his game, owing to his hard work and talent, but some of the credits rightfully go to his wife Dhanashree Verma, who has been a great support system for her husband, accompanying him on all his tours and cheering for him, bringing the best out of him. Apart from the game, the couple is very much active on their respective social media handles, where they often post videos together, gaining much love from their fans.

Dhanashree Verma, his wife, for the unversed, is a choreographer, a dentist, a YouTuber and the owner of the Dhanashree Verma company. Apart from being a woman of many talents, she’s also a proud wife of Yuzi, and of all of his amazing work. “When you talk about being humble, being kind, helpful, being polite, selfless and to carry those qualities along with some serious skills then that’s Mr Yuzvendra Chahal. You have no airs about your status and that’s not easy to achieve at this level. What you do for the people and for the country is unbeatable,” she had mentioned.