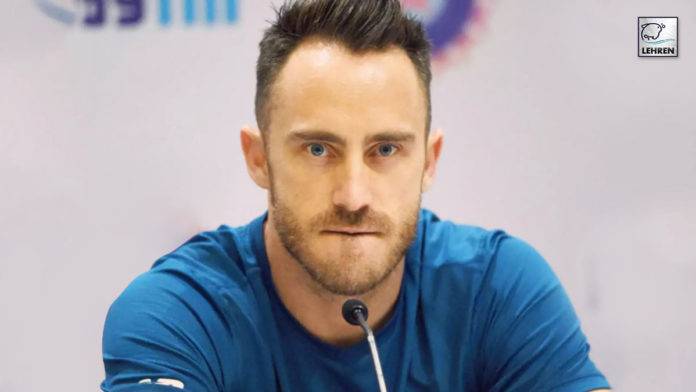 The Head Coach of Chennai, Stephen Fleming hints that their star player Faf du Plessis might come up with the batting order in the upcoming matches. In Chennai’s last encounter with Rajasthan, the latter defeated MS Dhoni’s troop by 16 runs. However, it was the fiery knock of 72 runs off 37 balls by Faf du Plessis that garnered a lot of praise. Hence, Stephen Flemming now thinks that Faf du Plessis must now open for the Chennai-based franchise.

During the match with Rajasthan, Faf was batting till the 19th over of the game. Thus keeping the winning hopes alive. Alas, he fell victim to Jofra Archer’s delivery and returned to the pavilion.

In his knock of 72 runs, du Plessis smashed seven 6s and one 4. Apart from this, the Proteas skipper also played a crucial knock in the match against the Mumbai.

Pertaining to his tremendous form, Head Coach Stephen Fleming is looking forward to letting Faf du Plessis open for Chennai. If it works then he will open for the remaining matches as well.

In a virtual post-match conference, Stephen Fleming expressed his views on the same. He said that they had no other option but to shuffle their playing order with Raydu being injured.

He also adds that Chennai players are not panicking in the absence of their key players. Instead, they are finding ways to get the best of their playing eleven.

Fleming also hints that they are planning to send MS Dhoni towards the end of the inning. As to let him do what he does the best.

Chennai will face Delhi in the upcoming match on September 25.

For the unknown, Chennai has won their first match against the Mumbai.