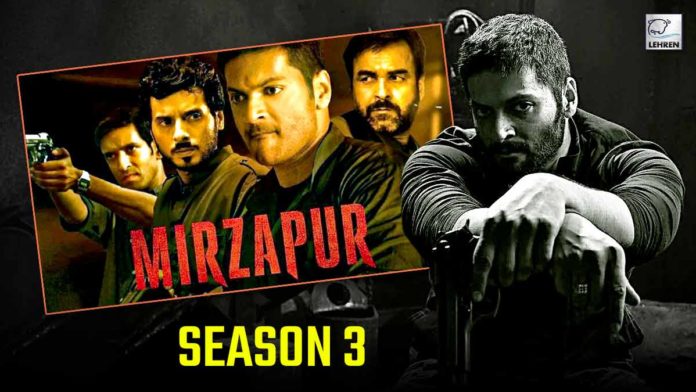 Mirzapur is a famous Indian online series that has accumulated worldwide attention. Mirzapur Season 3 is highly anticipated after 2 successful seasons. Season 2 of the crime thriller concluded on a mysterious end, which opens the gate for season 3. In terms of viewership, the show has surpassed all other web series. After a lengthy period, Mirzapur fans will have a piece of great news, as their favourite show is soon to be released. Mirzapur after releasing its second season in 2020 will return this year with its third installment.

Mirzapur Season 3 is highly anticipated to release in 2022. It is reported that Amazon Prime Video will release the third season by end of this year. The online streaming partner Amazon Prime Video launched season 1 in 2018 and season 2 in 2020.  The lead actor of the show Guddu Bhaiya played by Ali Faizal teased the third season of his popular series through a social media post. Earlier this month he shared a picture of himself from the show, and the caption hinted that the shoot will start soon.

It is predicted that as compared to the previous seasons, the third part is going to be more thrilling, action-packed, and brutal. Bablu’s brother Guddu and his father are the ones who would take revenge for the death of Bablu. They will pay back Khaleen Bhaiya, who is guilty of his killing. We are also anticipating the appearance of specific figures who would assist Guddu and Bablu’s father in their pursuit of vindication against Khaleen Bhaiya.

It is confirmed that whosoever was alive in season will return in season 3 of Mirzapur.