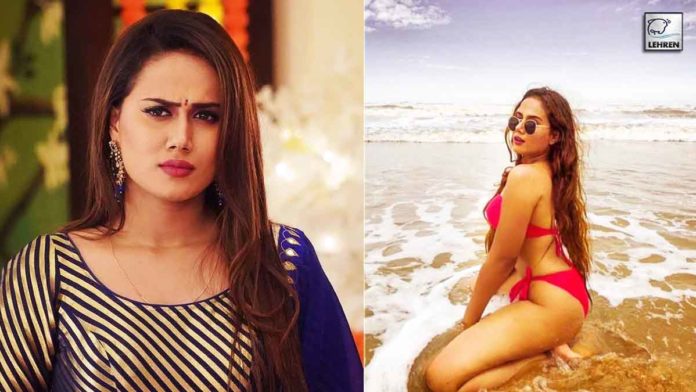 Actor Rutuja Sawant, who is currently seen in the Star Plus show 'Mehndi Hai Rachne Waali' opens up about the idea of doing bold scenes.

Actress Rutuja Sawant is currently seen playing the role of Mansi in the show Mehndi Hai Rachne Waali. Her character has recently turned negative with the change of events and is being liked by the audience. She recently opened up on the idea of doing bold scenes for an OTT show.

While talking exclusively with Lehren, she said, “I am open to the idea of going bold for a show but the story should not be vulgar. If the scene is the need of the story then I am more than happy doing it. But if it’s just a cheap trick to attract an audience then I am not interested. Because I have seen that many projects are just made vulgar to attract the audience, so I don’t want to be a part of it. And there is a thin line between going bold and going vulgar and I don’t want to cross that line”

Talking about the importance of content in today’s times, she said, “I believe, now the content which is very practical and realistic only works as you can’t fool the audience. So anything or any story which has no head or tail is not going to work now. With the advent of OTT, world cinema on hand, people have amazing content from everywhere to watch so you can’t just make anything and hope that the audience will enjoy it.”

Must Watch Video: Ankita Lokhande Binging On Pani-Puri Like No One’s Watching

Lastly, talking about her ongoing show ‘Mehndi Hai Rachne Waali’, Rutuja said, “The show has been working great for me as it’s my debut. People are really loving and adoring me and who don’t want to debut with a good project on a good platform.  So I feel blessed and also because of the fact that I am working with an amazing team around me.”