GHKPM 26 May Update: Virat Worries About Devyani, Bonds With Harini 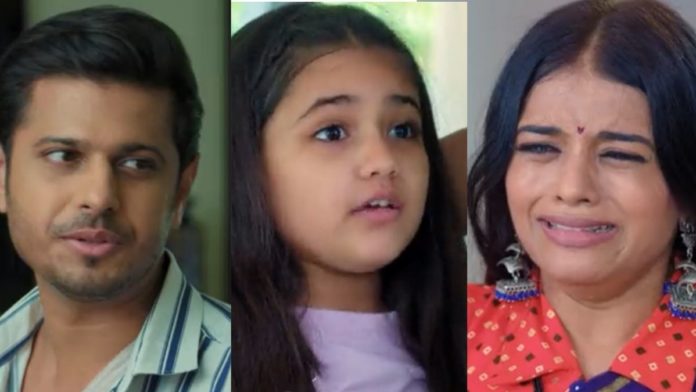 In the last episode of Ghum Hai Kisikey Pyaar Meiin, we saw Virat (Neil Bhatt) visiting the hospital for a check-up. Sai (Ayesha Singh), his wife accompanied him. During their visit, Sai told Virat about a new problem in Pulkit and Devyani’s life. She told that Devyani’s 10-year-old daughter Harini is not ready to accept her as a mother.

And therefore, Virat decided to visit Devyani’s home. He met Harini and introduced himself as his Mama (Devyani’s younger brother). Harini points out that he is normal unlike Devyani. She is also reluctant to get comfortable with Virat. But when he offers her a box of chocolate, she lovingly calls him ‘Viru Mamu’.

Must See: 10 Pictures Of Neil Bhatt And Aishwarya Sharma That Will Make You Go Aww

Pulkit then invites Sai and Virat to Harini’s birthday party. He says that he will invite the whole Chavan family. Hearing about the birthday party, Devyani gets overexcited which further annoys her daughter Harini.

Seeing the strained relationship of Devyani and Harini, Virat gets worried. Sai assures that everything will be alright with time. However, Pulkit says that he is worried that Devyani’s mental condition might worsen due to Harini’s behaviour towards her.

In the upcoming episode, we will see Sai threatening Bhavani to reveal to the entire family that Devyani has a daughter.