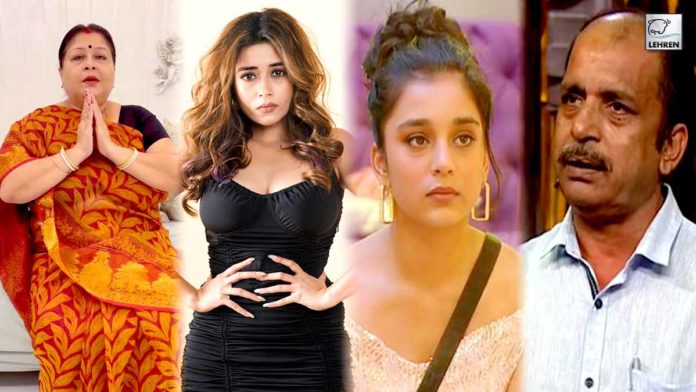 Bigg Boss 16: A lot has been happening inside the reality show Bigg Boss 16. In the recent episode, Sumbul Touqeer’s father was seen advising her daughter on a phone call. However, he went a bit out of line after he abused Tina Datta for betraying his daughter. Reacting to the same many celebs and fans of the actress slammed him for abusing Tina Datta. And now Tina’s mother has also shared a short video on social media in which she got extremely emotional as she slammed Sumbul’s father for abusing her daughter Tina on national television.

Tina Datta’s mother recently shared a short video on the actress’s official Instagram handle in which she slammed Sumbul Touqeer’s father for abusing Tina. Tina’s mother said, that she didn’t get the chance to talk to her daughter on phone like Sumbul’s father gets and that is why she will be addressing the topic on social media.

Meanwhile, apart from Tina’s mother Shalin’s father also reacted to Sumbul’s father’s statements. Shalin’s father said in a media statement, “Is this the way people speak on national television? Making unjustified offensive comments on national television, against other participants is very very cheap! And it’s more shocking that these comments and abuses were not edited out and rather shown. Sumbul is an adult, either you shouldn’t have sent her on the show and if you have then no outside guidance should be allowed as per the format. This is unacceptable!”.