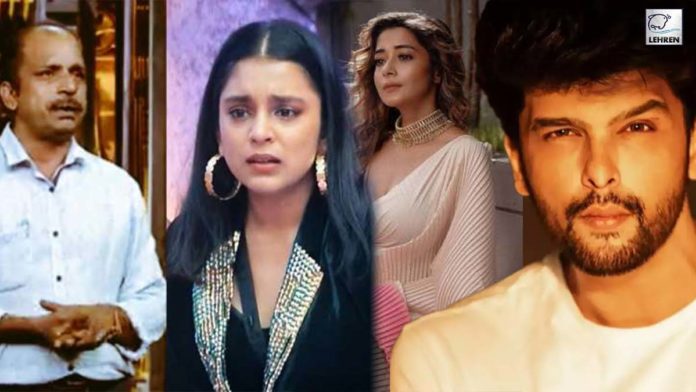 Bigg Boss 16: A lot has been happening inside the reality show Bigg Boss 16. In the recent episode, Imlie actor Sumbul Touqeer’s father shared a word of advice with her daughter on a phone call. However, during their conversation, Sumbul’s father went a bit out of line after he abused Tina Datta for betraying his daughter. Reacting to the same many celebs from the industry have come out and slammed him for abusing Tina Datta.

One such celeb remains Kushal Tandon who is also an ex-contestant in Bigg Boss season 7. Tandon recently shared the incident on his social media and slammed the makers for only letting Sumbul talk to her family. He tweeted, “Why sumbul is only contestant who’s dad was allowed to come on stage to talk about how she is goin ….. how she is the only contestant who’s dad gives her a cal and can talk over phone ……”

He further lashed out at Sumbul’s father for abusing Tina Datta. Reacting to the incident Kushal tweeted, “And how dare her dad is allowed to have a phone call now … and how can he speak Ill of other contestants … vo bhi kiski ki Beti hain his dad is saying tina is Kamini… stay out of her wow”.

Apart from Kushal former Bigg Boss winner Urvashi Dholakia also slammed the makers of being biased, she tweeted, “SLOW CLAP wah Bigg boss .. u have made urself look like a BIGG LOSS !! The joke is on you thanks to Sumbul & her father who spoke so badly & forgot that everyone is someone’s CHILD in that house!! SHAME ON YOU.”.