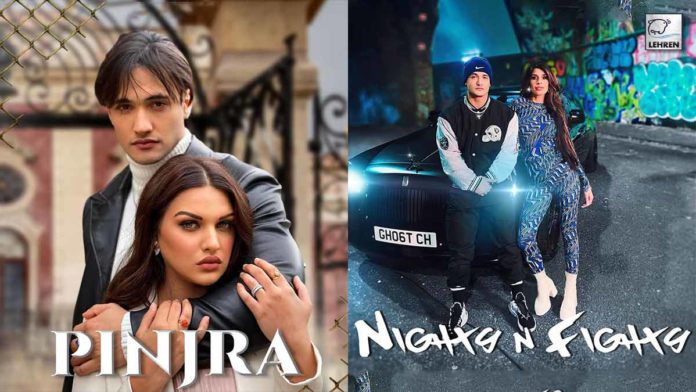 Asim Riaz calls his lady love Himanshi Khurana his 'peace of mind' before the release of hs song 'Pinjra'.

The couple met each other for the first time in Bigg Boss 13 house, where singer Himanshi Khurana became his love at first sight though the actress was engaged at the time. After the reality show the actress called off her previous relationship and the couple started dating soon after. Ever since then the two love birds have been seen in many song albums together. And now they will be collaborating again for their upcoming song ‘Pinjra’.
ALSO READ – After Asim Riaz, Himanshi Khurana Targets Shehnaaz Gill On Twitter?

Confirming the news model-actor took to his Instagram sharing a picture from their album featuring him and his ladylove alongside. The actor wrote, “Before the day i met you, life was so unkind but you’re the key to my peace of mind’. #PINJRA out on 06.05.2022. Official TEASER out tomorrow on my youtube channel at 1 pm.#asimriaz ft #himanshi MUSIC BY – @charanmusic.”

The two have previously worked together for songs such as ‘Kalla Sohna Nai’, ‘Khayaal Rakhya Kar’, ‘Gallan Bholiyan’, ‘Sky High’, and ‘Afsos Karoge’.

Previously, Jasmin Walia released a new single titled, ‘Fights N Nights’ on Monday. For which she has collaborated with Bigg Boss fame Asim Riaz for the track. Sung by Jasmin Walia with a rap section by Asim Riaz, the track is a unique blend of urban pop sound with Hip hop and RnB.

The song has been produced by Australian artist Tyron Hapi, known for his hit track ‘Astronaut in the Ocean’. Shot in the UK, the video of ‘Fights N Nights’ features Asim and Jasmin depicting the toxicity of a relationship and difficulties couples face with external influences.