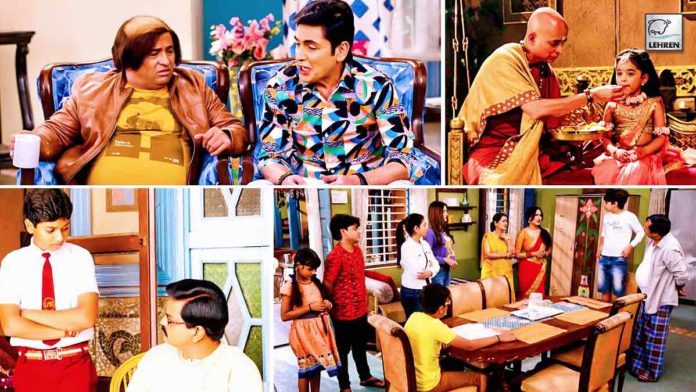 This Father's Day &TV will feature special tracks in their shows highlighting the beautiful bond between a father and his children.

This Father’s Day &TV will feature special tracks in their shows highlighting the beautiful bond between a father and his children.

About &TV’s “Baal Shiv” Father’s Day track Rishi Katyayan says, “The relationship between Rishi Katyayan (Manoj Kolhatkar) and his daughter, Devi Katyayani (Trisha Ashish Sarda), is depicted beautifully in the ongoing track. Baal Shiv (Aan Tiwari) is searching for Devi Parvati (Shivya Pathania) as she has taken birth from Devi Katyayani to Rishi Katyayan. Where Katyayani gets injured and unconscious, and Katyayan screams for help. However, the Rudraksha that Devi Katyayani had found on the mountain drops on her from Katyayan’s hand, and she gets well. That’s when Rishi Dadichi tries to explain to Rishi Katyayan that he should make Devi Katyayani meet Baal Shiv. But will he agree to it?”.

About &TV’s “Aur Bhai Kya Chal Raha Hai”? Father’s Day track Zafar Ali Mirza shares, “Teenagers Adi (Akshay Lamba) and Inam (Divyansh Mishra) are continually doing things that astonish their entire family. They’re busted with model magazines in their bags, visiting girls’ schools, and reading the Shayari book, which misleads Sakina (Akansha Sharma) and Shanti (Farhana Fatema). The two express their concern to Mirza (Pawan Singh) and Mishra (Ambrish Bobby), and Bittu (Annu Awasthi) advises them to be their children’s greatest friends rather than a harsh father. He can assist them in surviving their adolescent years. An intriguing and interesting track on the father and children bond”.

About &TV’s “Bhabiji Ghar Par Hai” Father’s Day track, Vibhuti Narayan Mishra shares, “Vibhuti (Aasif Sheikh) and Chacha Ji (Anup Upadhyay) are having a good time over drinks when Vibhuti becomes emotional and wishes him a Happy father’s day, recalling how he has always seen his father in him. He also thanks Chacha Ji for raising him and caring for his mother, Helen (Pratima Kanan), after his father left everything and went to the Himalayas. On the other hand, Chacha Ji’s reply to this situation will make the audience laugh.”

About &TV’s “Happu Ki Ultan Paltan” Father’s Day track, Daroga Happu Singh shares, “Happu (Yogesh Tripathi) is disturbed by the family’s constant humiliation and shame. Hritik (Aryan Prajapati), Ranbir (Somya Azad), Chamchi (Zaara Warsi), Kate (Ashna Kishore), and Malaika ( Jasneet Kaur Kant), together blindfold him and Beni (Vishwanath Chatterjee). Happu is concerned because he believes his children are plotting something nefarious again. But to his surprise, he sees the Happy Father’s Day banner and cake arranged for them. How the celebration of Father’s Day unfolds later will be interesting to watch?”.