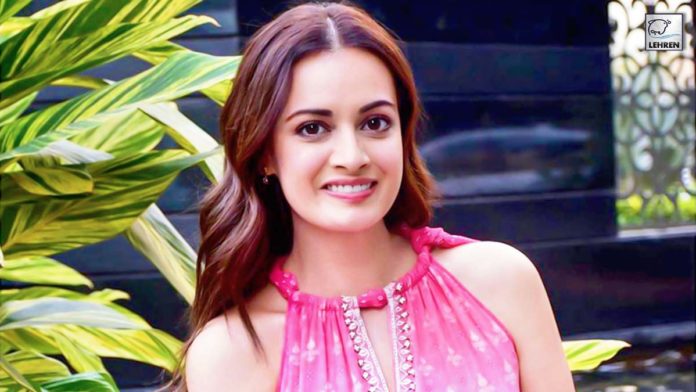 Dia Mirza says it’s liberating to play the best roles of her career at 40.

Dia Mirza completed two decades in the Hindi film industry. The actor as well as socialists says that the best roles of her career are the ones being offered to her now at the age of 40. After debuting in Rehna Hai Tere Dil Mein she has featured in several popular movies including Deewaanapan, Tumko Na Bhool Paayenge, Dum, Lage Raho Munna Bhai.

The 40-year-old actress spoke about ageism in Bollywood referring to the kind of roles she has been offered. The Hyderabad born actress believes earlier women had to contend with ageism but that is not the case now. Things have changed and it is empowering to see that roles are being written for actors of her age today.

Dia Mirza won the title of Miss Asia Pacific a year before her Bollywood debut. Subsequently, she has appeared in several films, but she claims that the work she is doing now is some of the greatest of her career.

She told PTI, “Ageism is something that we have to contend with and I am glad the opportunities that are coming my way today in so many ways have fixed this problem. Every time I get to play a powerful character in a good film, I am challenging that norm, resetting the big gap and divide that the industry had created for women post the age of 35 and limited them only to playing certain kinds of parts.”

The actor added, “It is a powerful recognition and intervention that I am playing the best parts of my life now when I am 40. This is just so amazing, liberating, empowering, and wonderful. It is a reflection of the fact that there are individuals in the industry that are evolving. And it is proof of the fact that you have to remain persistent, consistent and want to continue to push boundaries as a performer as opportunities will open up for you.”

On the work front, Dia Mirza will be next seen in ‘Bheed’ which also features Rajkummar Rao and Bhumi Pednekar in the lead. Bheed is a sociopolitical drama by Article 15 director Anubhav Sinha. The Sanju actress will also reunite with her Thappad co-star Taapsee Pannu for her production film ‘Dhak Dhak’ which also stars Ratna Pathak Shah, Fatima Sana Shaikh, and Sanjana Sanghi.