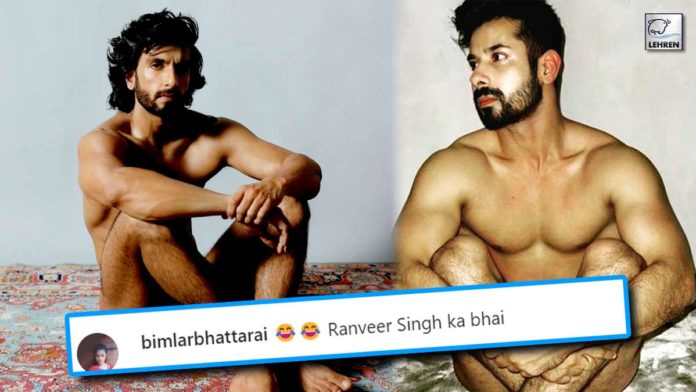 Bollywood actor Ranveer Singh recently shook the nation by posing nude for a magazine. While his fans and celebs from the industry appreciated him for his bold move, a large section of people expressed their displeasure. While the heat around Ranveer Singh’s nude pictures hasn’t died down, it seems people have already taken inspiration from it. Tujh Sang Preet Lagaai Sajna actor Kunal Verma recently shared his n*de picture, check out netizens’ reactions-

Meanwhile now taking inspiration from the actor many actors have shared their n*de pictures and the latest actor to join the list is the Tujh Sang Preet Lagaai Sajna actor Kunal Verma. Recently the television actor Kunal Verma shared his n*de picture on his social media and wrote, “I have limited to spend so I chose to spend it on my body”.

Meanwhile, in an interview with ETimes, Kunal said, “This picture was shot around when Ranveer’s photos came out. And the caption means that I don’t have much money and only if have, I will put it on working out. My body is my Gucci, Prada and I will flaunt it.” He added “I have worked so much on my body, why do I hide it? Body hi dikh rahi hai, aur kya?”.

Earlier the Bigg Boss 13 fame Asim Riaz also shared his photoshoot pictures where he was seen wearing bare minimum clothes. The fitness enthusiast was seen flaunting his abs in the monochrome pictures which are now going viral. Asim was seen shirtless in the photos with unzipped denim.