Neha Dhupia Trolled For Supporting A Girl With 5 Boyfriends 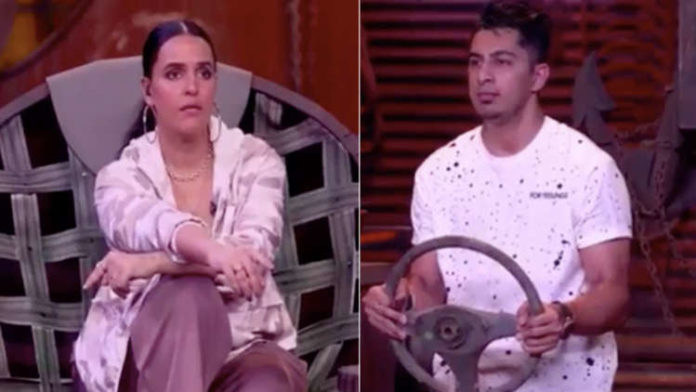 Neha Dhupia recently defended a girl who was cheating on her boyfriend with five other boys. Her statement will leave you shocked.

Bollywood actress Neha Dhupia is getting slammed on social media for defending a girl who cheated her boyfriend with 5 other boys. A slightly old video from an MTV Roadies is doing rounds on social media where Neha can be seen scolding a guy who told that he slapped his girlfriend when he came to know that she was going out with 5 other boys at the same time.

Dhupia lashed out at the contestant and said that in no capacity he had the right to slap her. She stated that it was the girl’s choice to be with five boys at the same time.

This comment of Neha isn’t going well with people who are calling her out for being a ‘fake feminist’. Twitter is filled with memes on her. Check them out.

From now on Neha’s husband can have affairs with other women. Neha mam won’t have any problem. @NehaDhupia Lucky guy Angad. #fakefeminism @MTVRoadies #naklifeminist

And somebody is talking about Equality pic.twitter.com/4ONWnmIUCv

#hypocritenehadhupia
Hypocricy at its best,splash some water on face aunty ji, @NehaDhupia
People like you are really mocking the serious/prestigious issue of #feminism #shameonyou #shameroadies #antisocialist

Neha Dhupia, Rannvijay Singha, Prince Narula, Raftaar and Nikhil Chinapa are seen on Roadies Revolution. The show premiered in the month of February.