Anek Review: Too Much Makes It Messy 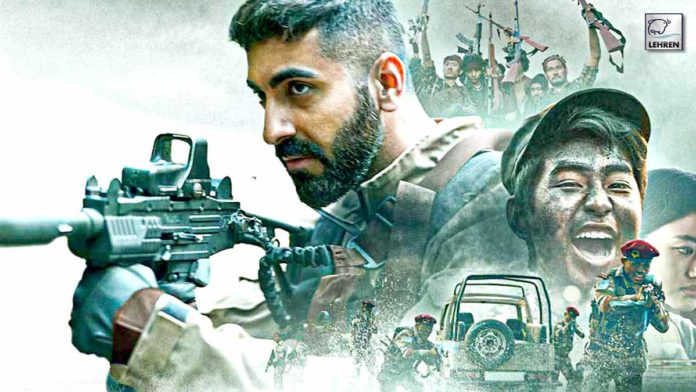 It starts off on the perfect note. During a night club raid which she’d entered only to wish a cousin on her birthday, Aido (Andrea Kevichusa), a girl from an unnamed state in the North-East, is singled out and slighted about giving massages in Bangkok. Next morning, her boxing skills are underrated solely because she’s a ‘Chinki’ who possibly can’t represent India.

This was the best story to build on to give an inclusive stamp of ‘Indian’ to an alienated North-East.

Writer-director Anubhav Sinha’s story stands on two fights that seek different ends. Aido wants to proudly represent India as a boxer, prove that ‘India sabka hai’. Her father back home in the unnamed state is out to create havoc. His is a state that’s full of mineral resources and beautiful hills, a state that feels cheated by the rest of India. Father and daughter can’t cheer each other’s fights.

Between them is undercover policeman Aman (Ayushmann Khurrana) whose brief from Delhi is to bring the miffed to the table for peace talks and integration.

What a wonderful foundation for conflict and resolution.

But, despite Anjum Rajabali on board as script consultant, and Anubhav himself penning the dialogues and working on the screenplay with Sima Agarwal and Yash Keswani, the cinematic effort to mainstream the North-East, ends up in a mess that further alienates instead of integrating.

However well-intentioned, the filmmaker does not tell a straightforward human story like he did with Mulk and Article 15. Instead, he gets waylaid by his politics and scatters political statements here, there and everywhere, quite forgetting that his brief is to stick to a clear narrative. It’s not a classroom debate.

For instance, distracted by the yearning to take potshots at Delhi, Aman’s boss Abrar (Manoj Pahwa), perhaps a reflection of Ajit Doval and a few others at the top, is sarcastically passed off as a brand ambassador for peace who plays football with the locals and pretends to eat momos only for the TV cameras. There are swipes taken at surgical strikes and “maybe make a film on it” (which expectedly draws smiles from critics watching it). The endeavour is to underscore that peace accords are hogwash orchestrated by people who just want control.

Absolutely nothing wrong with wanting to make the above statements. But not to the extent where the statements overtake the story and create celluloid confusion.

In the first one hour, there are so many North-Eastern characters doing so many different things that who’s doing what and why, is like piecing together a jigsaw puzzle.

Policeman Aman who’s been passing himself off as Joshua to get close to Aido and reach her father, has set up a café where one of his staffers is called Emma. Her son Nico is a fuming youngster. Pelting the armed forces, laying landmines and killing them, visuals of bulldozers, bamboo cages, imprisoned locals especially the disgruntled and the militant who stay unrepentant, hands tied to cages, backs flogged and a naked body dragged across the camera, go on chaotically, making it difficult to choose sides with sympathy.

With references to Article 370 and 371, the chicken neck between the Northeast and the rest of India, topped with local songs, sounds and incomprehensible dialogues, the need to hear the ‘People’s Voice’ gets garbled. Delhi seeks a peace accord with rebel leader Tiger Sanga but whether he’s the people’s voice or someone called Johnson is, and who created Johnson, and what exactly is Sanga saying because his dialogue isn’t clear, result in a quick disconnect.

The dialogues differentiate between branding and racism with anek people all over the screenplay. There’s a Bihari who announces, ‘Bihari risk aur jhagda passion se karta hai’, Abrar is a Kashmiri who spouts, ‘HaminAsto, HaminAsto’ from an airplane, and Aman has a south Indian colleague with whom there are lines that are supposed to make you think. Sample: ‘If Andhra is to the north of Tamil Nadu, then shouldn’t it be called North India, and not a part of South India?’ It’s like saying, ‘Pune is to the south of Mumbai, so Pune should be called South India.’ Apart from not being particularly logical, it’s a standalone dialogue that has little to do with the North-East imbroglio.

Another typical political statement is about slotting people as “Chinki, Pakistani, Khalistani…” True, but what do the latter two have to do with your story on the North-East?

There are bodies strewn around but because of the general meandering, the empathy that they should draw gets vaporised.

My biggest problem is that when inclusivity of the North-East is so essential today, Anubhav Sinha’s digressions do quite the opposite. As in, the North-East and its issues remain unfamiliar.

As for the usually reliable Ayushmann Khurrana, among the many ‘what’s happening’ queries, why does he keep sniffing like a cocaine addict?