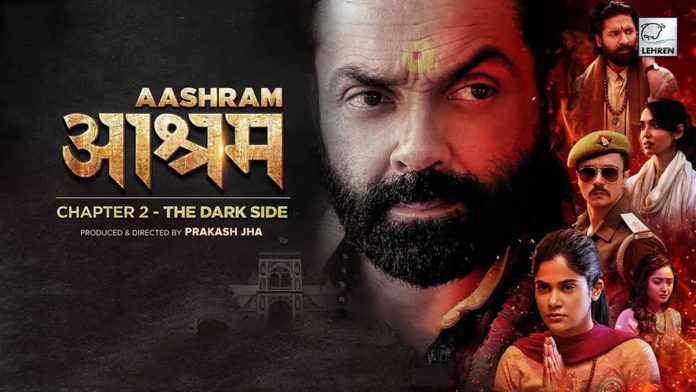 Nothing sells better than a religious cult. Conniving Kashipurwale Baba or Baba Nirala with Bhupaji, his partner in crime, has his followers in a spell. As the bhakts chant ‘Japnaam’ and ‘Babaji ki jai’ with increasing reverence, the sprawling ashram that’s like a city by itself grows in muscle and money power.

Outside, when feisty young wrestler Pammi encounters casteist slurs in the ring and the power of the upper caste that stonewalls medical treatment for her brother, the saviour who walks into her life is the venerated Kashipurwale Baba.

Blind faith in him lands Pammi at the ashram where caste barriers don’t exist and free training for the national championships is offered. A mix of gratitude, naivete and blinkered bhakti keeps Pammi oblivious to the activities happening under her nose in the ashram.

Young husbands are castrated in the name of shuddhikaran and their wives exploited.

The demand for Baba’s drug-laced laddoos and for his vote-catching power is on the rise.

Also on the rise are the crimes inside the ashram.

Put together all the activities that ruthless gangsters indulge in. Drugs, debauchery, murder, muscle and money power topped with shrewd politics.

Story writer Habib Faisal takes all these criminal shenanigans out of gangster territory and transplants them inside a Rajneesh-like ashram where Garibonwale Baba’s cult thrives.

The scenes are starker – like asking an exploited woman to lick the kheer off the floor for spilling it.

But the net is closing in on Babaji with infiltrators in the ashram.

It’s time for Pammi to wake up to the sordid realities of her godlike Baba and it’s time for retribution.

Director Prakash Jha builds up the resistance to the Baba and makes an interesting turn or two. Like the physically close contact wrestling sequence that disturbs Pammi’s equation with her ‘Bhagwan’ in human form.

Bobby Deol’s convincing performance is a pleasant surprise with his outwardly benign utterings that hide a crafty, stone-hearted and sleazy conman. Chandan Roy Sanyal as his right hand man Bhupaji is a credible menace. Aaditi Pohankar is ideal as wrestler Pammi, strong in her resolve and in her punches but gullible as a blind bhakt.

There was room for some pulsating music as this season interweaves sermons and satsangs with youth craze Tinka Singh’s musical performances. But the songs don’t go beyond a repetitive ‘Baba layenge kranti’.

Since MX Player is a free platform, their business model crams Episode 2 with advertisements which interrupt the narration.  But it’s restricted to one episode.

After hurtling through 9 episodes, Jha keeps the main players alive for an obvious Season 3.

Those who watched the 1st instalment will feel like they’re part of a world they’re now familiar with as Prakash Jha seamlessly keeps the show going.