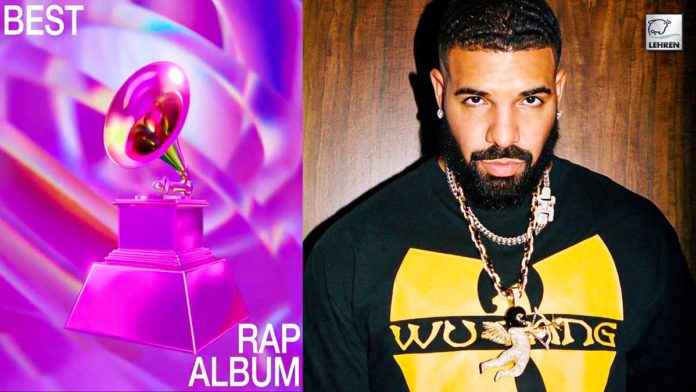 Drake, 35, and his management have withdrawn his Grammy Award nominations for the album Certified Lover Boy, which was up for best rap album, and Way 2 Sexy, which was nominated for best rap performance.

However, with Drake’s withdrawal from the Grammy nomination, there are now four nominations in each category. Without Way 2 Sexy, those up for best rap performance are Baby Keem and Kendrick Lamar for Family Ties, Cardi B for Up, J. Cole, 21 Savage and Morray for My Life, and Megan Thee Stallion for Thot S—. Meanwhile, in the album category, the nominees are now J. Cole’s The Off Season, Nas’ King’s Disease II, Tyler, the Creator’s Call Me If You Get Lost and Kanye West’s Donda.

The rapper’s decision comes about a year after he criticized the awards shows for not nominating The Weeknd for any awards after the high level of success of his album After Hours and its hit single Blinding Lights. Previously, the rap star stated, “I think we should stop allowing ourselves to be shocked every year by the disconnect between impactful music and these awards and just accept that what once was the highest form of recognition may no longer matter to the artists that exist now and the ones that come after.”

The rapper continued, on his Instagram story, “It’s like a relative you keep expecting to fix up but they just can’t change their ways. “The other day I said @theweeknd was a lock for either album or song of the year along with countless other reasonable assumptions and it just never goes that way.” Drake added at the time that now is “a great time” for someone to “start something new that we can build up over time and pass on to the generations to come.”

The year prior, when ‘God’s Plan’ took home the award for the best rap song in 2019, Drake took the stage to criticize the awards show, saying that it was “the first time in Grammys history where I actually am who I thought I was for a second.” However, he declined to submit his album More Life in 2017 after JAY-Z won no awards, despite being nominated for eight. Drake has won four Grammys before two in 2017 for ‘Hotline Bling,’ one in 2019 for ‘God’s Plan’ and another in 2013 for ‘Take Care.’