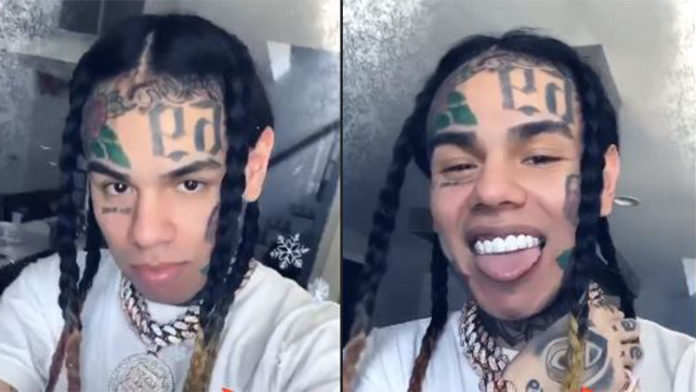 Tekashi 6ix9ine supporters are slamming No Kid Hungry for rejecting his donation, but many feel it makes sense because of his crimes

No Kid Hungry has rejected a $200,000 donation from the Tekashi 6ix9ine rapper, causing both online criticism and appreciation.

The non-profit organization, which aims to address hunger and poverty issues around the world, revealed that the money had been declined just hours after 6ix9ine, whose real name is Daniel Hernandez, revealed that he had made the donation on Instagram. The post has been removed ever since.

A spokeswoman for No Kid Hungry stated in a statement to Insider that the foundation had rejected Hernandez’s donation.

“We are grateful for Mr. Hernandez’s generous offer to donate to No Kid Hungry but we have informed his representatives that we have declined this donation,” the statement reads. “As a child-focused campaign, it is our policy to decline funding from donors whose activities do not align with our mission and values.”

In addition to other offenses linked to his association with the gang Nine Trey Gangsta Bloods, Hernandez pleaded guilty back in 2015 to using a child in a sexual act. The incident, which happened at the age of 18, involved a video that he had shared on social media himself.

Hernandez was sentenced to four years of probation for the 2015 child-sex case and 1,000 hours of community service. The judge also ruled against Hernandez being coerced into registering as a sex offender.

The “FEFE” rapper was most recently released from jail into home detention after his lawyer claimed he was at a higher risk for COVID-19 symptoms due to his asthma.

Some online critics slammed the organization for having a “ego” and “trying to get cool points.” Because of the seriousness of the crimes committed by Hernandez, others applauded No Kid Hungry for rejecting the donation of the rapper.