Taylor Swift Surprises Fans With Her Version Of ‘Wildest Dreams’ 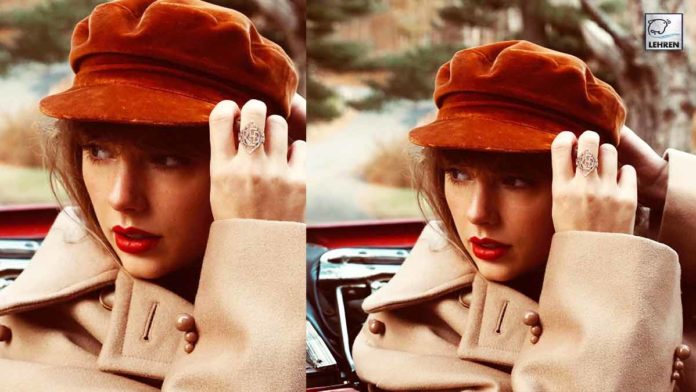 American singer and songwriter Taylor Swift has surprised her fans and followers by releasing her version of 1989’s Wildest Dreams. Grammy winner singer took to her official Twitter handle and shared the news. Initially, the news was announced on the musical app, TikTok. However, the song was apparently prompted by the social media app’s slow zoom effect.

It was only last month that Taylor Swift joined TikTok for the first time. She shared the details about her upcoming album, Red.

As per a report by Rolling Stone, Taylor Swift took to her official TikTok handle and surprised her fans with the happy news. She wrote, “Someone said slow zoom makes you look like the main character I said make it Taylor’s Version pls #wildestdreamstaylorsversion, #swifttok, #slowzoom.”

According to Variety, on Friday morning, Swift posted a 14-second clip of the fresh recording on the service. The songwriter wrote, “Some said slow zoom makes you look like the main character I said make it Taylor’s Version pls… Felt cute might drop the whole song later.” She also posted a separate video of herself. The caption of the video reads, “You set a date in November with Red but then someone mentions 1989.”

Wildest Dreams Taylor Swift Version is a dreamy techno-pop song that has its romantic sentiment. The Taylor version song has a dramatic effect that makes one feel like a movie moment. Swift also took to her Twitter handle and shared the news. The singer tweeted, “Hi! Saw you guys got Wildest Dreams trending on TikTok, thought you should have my version.”

Alongside Swift, Christopher Rowe, and Shellback produced the song. The original version was released in 2014. The song was co-produced by Shellback along with Max Martin. However, Max did not appear on the re-recording but he continued to remain the co-writer along with Shellback and Swift. The version released seven years ago had reached No. 5 on the Billboard Hot 100. The original version also topped the Mainstream Top 40 and Adult Top 40 charts.

Rowe has worked with Swift on re-recording earlier as well. His credits include the Fearless (Taylor’s Version) album. Swift’s re-recording of the 2012 album Red is slated to release on November 19. The album features a total of 30 songs.

Listen to the song here: